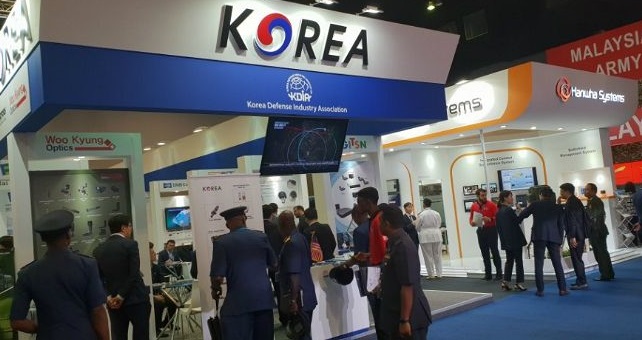 Estonia has been pushing to buy six more K-9 Thunder self-propelled howitzers this year following their purchase of 12 units last year, according to foreign media and industry sources.

The procurement project was widely expected to be boosted by Defense Minister Jüri Luik’s planned visit to Seoul last month, but the minister canceled the trip, citing health issues, the sources said. Many speculate that the abrupt cancellation was related to COVID-19.

South Korea began to witness a dramatic increase in the number of confirmed cases of the novel virus in mid-February.

“I don’t believe the virus situation would affect Estonia’s plan to buy them, but related procedures could be postponed,” a source said.

Manufactured by Hanwha Defense, the indigenous howitzer has been exported to several foreign countries including Turkey, India and Poland.

South Korean defense companies were also forced to wait several more months to take part in the DSA 2020 Exhibition and Conference, one of the world’s major international defense expos.

It was originally scheduled for April 20-23 in Kuala Lumpur, but its organizer recently announced the decision to move the date to Aug. 24-27 “considering the constantly evolving COVID-19 situation which has caused global travel disruption and other circumstances.”

South Korea has planned to set up a pavilion, bringing together dozens of firms, to promote its indigenous weapons and other defense items to international buyers, according to an official of the Korea Defense Industry Association.

“Several months of delay in face-to-face promotional efforts will not have big impacts on defense exports. But defense firms are very much worried about a possible downturn in the overall global economy,” he added.

As of Friday, South Korea had 7,979 confirmed cases of the novel coronavirus, including 67 deaths, according to the Korea Centers for Disease Control and Prevention (KCDC).