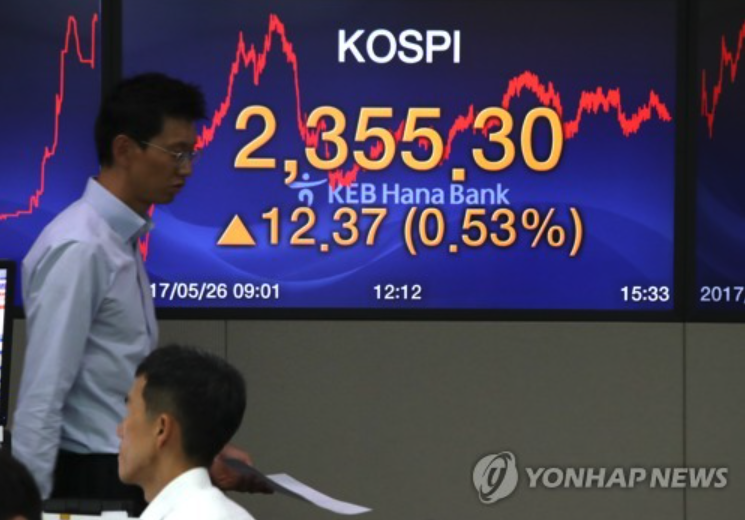 SEOUL, May 28 (Korea Bizwire) – South Korean companies’ earnings for the year are forecast to be higher than earlier expected on the back of improving conditions, industry data showed Sunday.

According to the data compiled by industry tracker FnGuide, the combined earnings of listed firms here are estimated at 143.59 trillion won (US$128 billion) for the year, up 13.4 percent, or 16.68 trillion won, from the earlier projected 126.9 trillion won.

During the first quarter of the year, their combined net profit reached 32.19 trillion won, up 36 percent from a year earlier.

Their improved bottom lines came as the global economy is on a recovery track, lending support to the country’s exports.

Brokerage firms forecast 1,922 trillion won in sales for the year and an operating income of 190 trillion won, which represents a 0.91 percent rise and 11.22 percent gain from a year earlier.

“The forecast may seem to be rosy, but market consensus is that their net profit will top 140 trillion won for the year,” said Lee Kyong-soo, an analyst at Meritz Securities.

Based on the better-than-expected earnings forecast, many brokerage houses expect the country’s benchmark stock index, the KOSPI, to be in a range of between 2,550 points and 2,600 points this year.

On Friday, South Korean shares extended their winning streak to end at a new record high on the back of improved investors’ sentiment on gains from Wall Street.