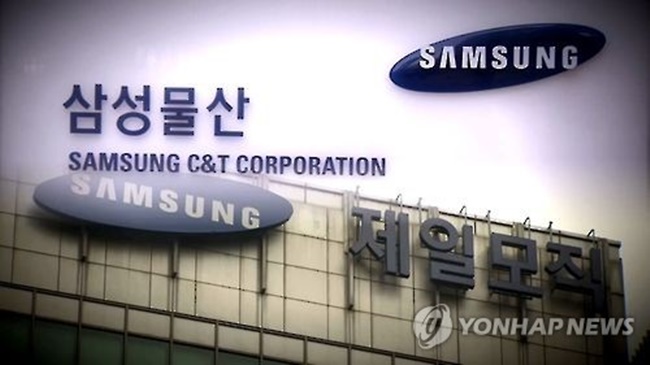 The Seoul Central District Court turned down the request from Ilsung Pharmaceutical Co., a former major stakeholder of Samsung C&T, to nullify the merger with Cheil Industries Inc. (Image: Yonhap)

SEOUL, Oct. 19 (Korea Bizwire) – A Seoul court ruled Thursday in favor of Samsung C&T Corp. and found its 2015 merger with another affiliate was lawful.

The Seoul Central District Court turned down the request from Ilsung Pharmaceutical Co., a former major stakeholder of Samsung C&T, to nullify the merger with Cheil Industries Inc.

The controversial merger of the two Samsung units was seen as part of the group’s succession plan for its heir Lee Jae-yong to cement his control of the business empire founded by his grandfather.

The court ruled that the merger itself could not be seen as invalid, even if it entailed empowering the leadership of its chief.

“There are no grounds on which to affirm that the merger ratio was unjust for shareholders, and even if it was so, it cannot be said that it was outstandingly unfair.”

The plaintiff started the litigation early last year against the building and trading unit of South Korea’s richest conglomerate.

Samsung faced an uphill battle over the course of the merger, as U.S. activist hedge fund Elliott Associates came out to challenge the move and sought legal measures to block the process.