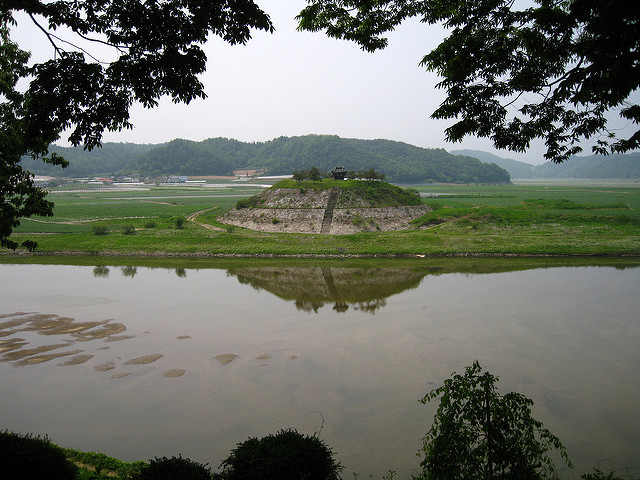 A Korean court has ruled that the South Korean government should pay reparations for farmland flooding that resulted from the Four Major Rivers Project. (image: Flickr/ Julie Facine)

SEOUL, June 15 (Korea Bizwire) – A Korean court has ruled that the South Korean government should pay reparations for farmland flooding that resulted from the Four Major Rivers Project.

According to the Environmental Law Center, Seoul Central District Court decided partially in favor of the plaintiff, a landscaping company in Gyeongnam Chilgok that filed a 2 million won damage suit against the Korean government, the Korea Rural Community Corporation, and the Korea Water Resources Corporation, on June 9.

This landscaping company, which sells woody plants and wild flowers, claimed that approximately 19,000 square meters of land has been flooded since the Chilgok Weir was constructed as part of the Four Major Rivers Project in 2009. The company requested farmland remodeling as it expected flood damage to occur because of its location in the lowlands, however its request was declined.

As a result, the company’s woody plants and wild flowers have withered since June 2011, yet no reparations were ever provided by the government for the flood damage.

Hence, the 47th Civil Court of the Seoul Central District Court ruled that “The Korean government and Korea Rural Community Corporation are responsible for the flood damage, since the construction of the Chilgok Weir and farmland remodeling project were expected to cause the damage, yet no preventive actions were taken,” said the court official.

The court also declared that “the Korea Water Resources Corporation did not carry out the Nakdong River Restoration Project, thus they do not hold any responsibility. The Korean government and Korea Rural Community Corporation shall pay 1.8 million won in punitive damages to the plaintiff.”