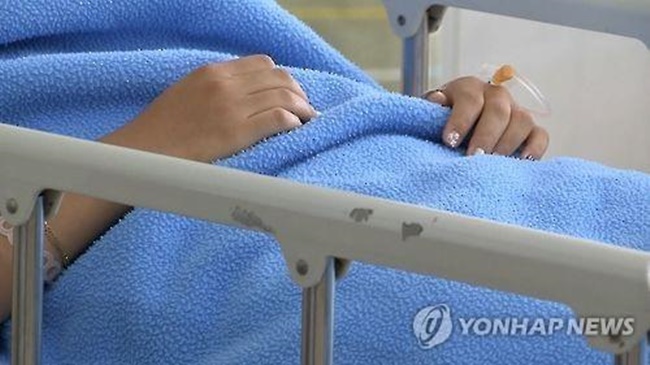 According to the Daegu District Court, the parents visited a university hospital in the southeastern city of Daegu in 2001, when their daughter was 2 years old, to have her walking disorder treated as she had difficulties walking. (Image: Yonhap)

DAEGU, Dec. 6 (Korea Bizwire) – A local court ordered a hospital on Wednesday to pay 100 million won (around US $91,660) in damages to the family of a daughter for erroneously diagnosing her condition as cerebral palsy and causing her to be bedridden for about 10 years, the court said.

According to the  the parents visited a university hospital in the southeastern city of Daegu in 2001, when their daughter was 2 years old, to have her walking disorder treated as she had difficulties walking.

The hospital said she had cerebral palsy, a form of brain damage stemming from premature birth.

The patient, now 19 years old, was hospitalized many times at South Korean and foreign medical institutions.

But her condition did not improve before being judged as having a severe brain disorder, and she could not walk. Her parents had to carry her on their backs when she attended school.

In July 2012, however, the patient’s family received a second opinion from the rehabilitation center at a hospital in Seoul that she did not appear to have the brain disorder but seemed to be infected with Segawa syndrome, a rare muscle disorder characterized by an uncoordinated or clumsy manner of walking.

Segawa syndrome is caused by a deficiency in an enzyme called tyrosine hydroxylase that leads to a lack of dopamine, a key neurotransmitter in the brain. Dopamine is important for many functions, including muscle control and cognition.

After one week of medication prescribed by the Seoul hospital, the patient was able to walk on her own.

The patient and her father filed a suit against the Daegu hospital in October 2015 to seek 440 million won in damages.

Wednesday’s court decision is interpreted as the court’s partial acceptance of the hospital’s complaint that it was hard for the hospital to detect Segawa disease with medical techniques back in 2001.

Medical sources said the rare disease became known to the industry around 1999 and was first carried in textbooks of medical colleges in 2010.