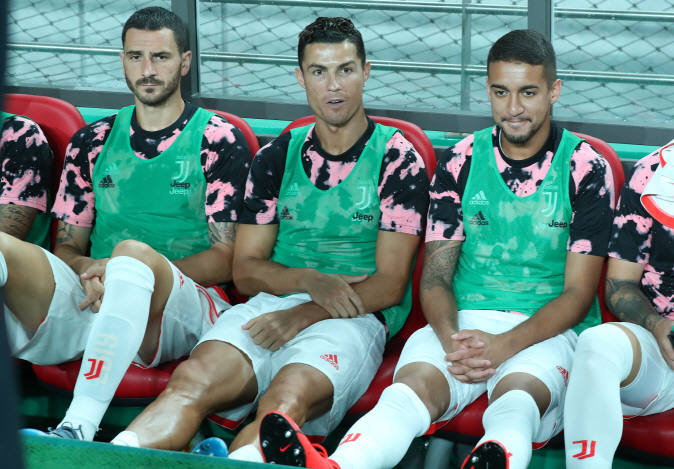 This photo from July 26, 2019, shows Cristiano Ronaldo (C) sitting on the bench during the exhibition match held between a K League All-Star team and Juventus FC at the Seoul World Cup Stadium. (Yonhap)

The Seoul Central District Court ruled in favor of 162 plaintiffs who sued The Fasta, which organized the exhibition game between Italy’s Juventus and South Korea’s K-League All Star team on July 26, 2019.

The company advertised that Ronaldo would play for at least 45 minutes, but he stayed on the bench throughout the game, angering a sellout crowd of 65,000 at Seoul World Cup Stadium.

“The defendant has contractual obligations of Ronaldo playing in the game barring any unforeseen circumstances,” the court said.

It was the second lawsuit related to the match. On Feb. 4, the district court in Incheon, south of Seoul, ordered The Fasta to pay 371,000 won each to two fans.