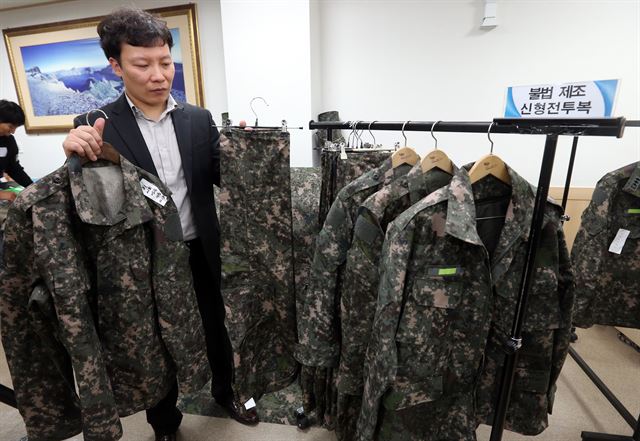 The Constitutional Court said, “Anyone with healthy common sense is able to determine which items are imitation military uniforms.” (Yonhap)

SEOUL, Apr. 15 (Korea Bizwire) — The Constitutional Court has ruled it is constitutional to punish people for possessing imitation military uniforms for the purpose of selling them, the court said Monday.

The nine-justice court upheld a law on the control of military uniforms and outfits, Article 8 of which stipulates the punishment for possessing such goods, in a 6-3 vote on its constitutionality. Two-thirds of the nine-justice panel are required to reverse a ruling.

In the ruling, the Constitutional Court said, “Anyone with healthy common sense is able to determine which items are imitation military uniforms.” It added it does not challenge the fundamental principle of legal certainty.

Because of a lack of such provision in the law, some civilians people dressed in fake uniforms may pretend to be soldiers and damage the public’s trust in military personnel, which could lead to a negative impact on the country’s security, the court said.