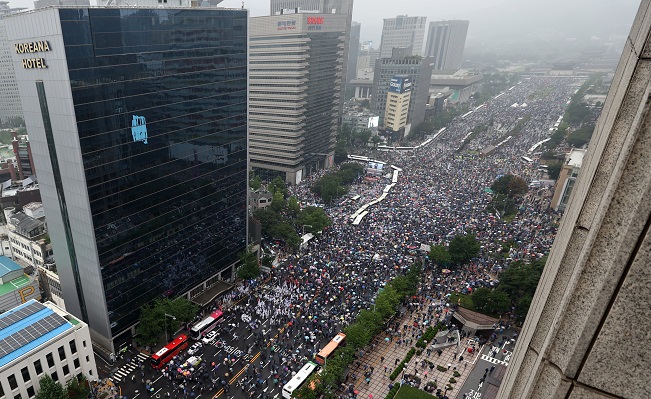 Many people are feeling exhausted with the COVID-19 crisis which has continued to play out without respite since early this year.

Frustrated by a flurry of cases in which people have neglected social distancing measures, including face-to-face religious meetings and massive rallies, a countless number of people are feeling furious over those who neglect disinfection guidelines.

A 34-year-old salaried worker who only gave his surname Son felt a strong sense of frustration after he watched the massive rally in Gwanghwamun Square and the never-ending face-to-face gatherings at churches.

“I feel like all of my efforts to comply with the quarantine guidelines had gone to waste. The sacrifice of civilians became nothing due to some people’s selfish behaviors,” he said.

“We have to hold such people fully accountable by taking legal measures or exercising governmental authority,” said a 30-year-old office worker surnamed Kim.

The fury over those who neglect social distancing guidelines is also rampant in online communities.

Hundreds of comments can be read by searching for hashtags like #no mask wearers and #on-the-chin mask wearers on Instagram.

“Last week, I enjoyed a cup of coffee laughing and talking without worry. Such small happiness, however, is now all gone due to the shameless behaviors of some selfish groups,” one user lamented.