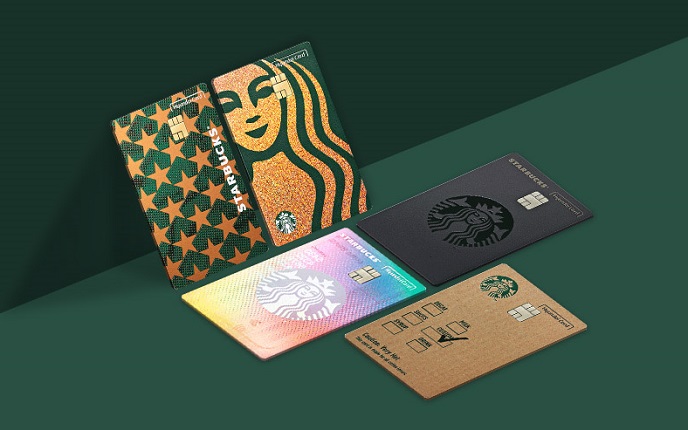 This photo provided by Hyundai Card shows PLCCs by the company and Starbucks Korea.

After releasing a variety of PLCCs last year in collaboration with Korean Air Lines Co. and Starbucks Korea, Hyundai Card Co. plans to release a Naver-specific PLCC in the latter half of this year.

The credit card companies prefer to enter into partnerships with brands that are favored by the MZ generation.

PLCCs have a stronger appeal to those who are loyal to their favorite brands since they provide attractive benefits and specialized design through exclusive partnerships.

From the perspective of credit card companies, the joint marketing with their partners is a good way for them to approach new customers.

The credit card companies also can easily secure loyal cardholders since customers who are strong advocates of the brands are willing to use the PLCCs to continue to enjoy their special benefits.

Hyundai Card, a front-runner in the PLCC trend, saw its number of cardholders rise by 34 percent to 9.07 million in the third quarter of last year from 6.79 million in late 2016.