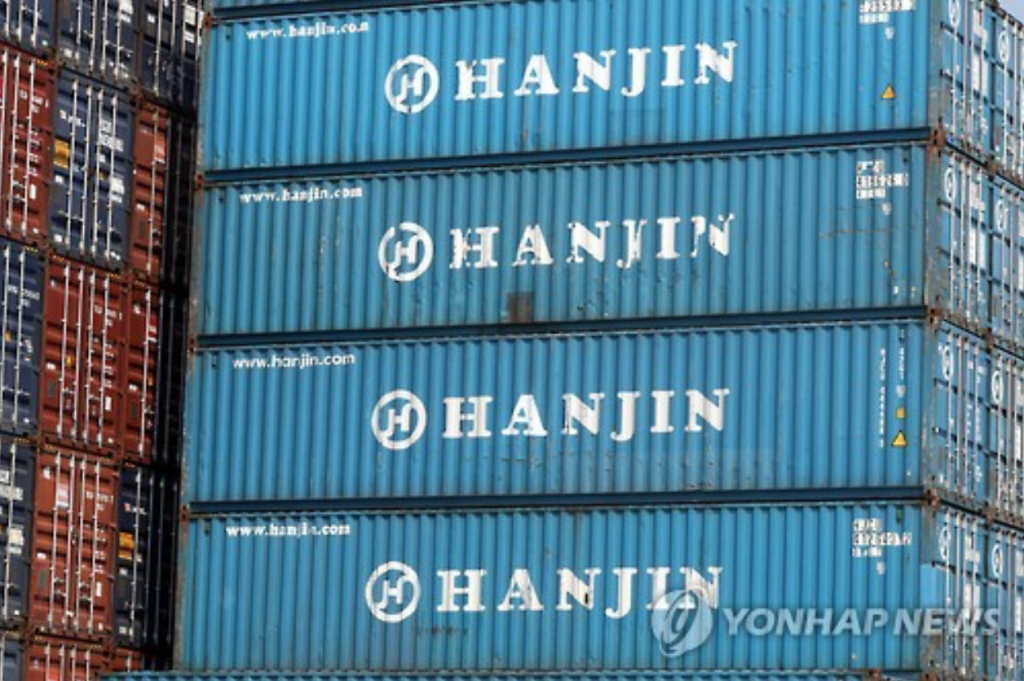 According to the sources, the state-run Korea Development Bank, the main creditor for Hanjin, has reached a conclusion that new funding to the nation’s leading and the world’s seventh-largest container shipping line is not possible without collateral from its parent Hanjin Group.

The alleged decision came as a local court asked for fresh financing from the creditors the previous day in order to resolve cargo disruptions worldwide, triggered by the shipper’s court receivership.

The sources said the creditors guess the proposed amount is far shy of the funds needed to normalize the paralyzed shipping service and fear that potential fresh loans won’t be retrieved in the end.

Further clouding the outlook, Hanjin Group’s board of directors itself failed to approve the promised 60 billion won in fresh financing to the shipping unit earlier in the day but only decided to resume debate on Friday, officials at the group said.

More than half of Hanjin’s 140 fleet have been stranded in seas as they were blocked from entering ports in the United States, China, Canada and many other nations as lashing service firms and port workers refused to work for the shipper out of concerns that they would not be paid.

Also, some of its ships have been seized by its creditors, further complicating the problem. Hanjin Shipping is seeking stay orders to prevent its ships from being seized by creditors in over 40 countries.

A local court has ordered Hanjin Shipping to submit its self-rehabilitation plan by Nov. 25.

Since 2011, Hanjin Shipping has suffered losses. Early this month the creditors rejected Hanjin’s self-rescue plan worth 500 billion won, saying it is far short of the cash needed to save the shipper.

The country’s top economic policymaker stressed that it is necessary to comply with principle in dealing with a debt-laden company and pushing forward with restructuring despite a serious logistics disruption.

“When we carry out full corporate restructuring, we need to remain firm to the principles that we’ve set up. As a result, some companies like Hanjin Shipping can go into court receivership,” Finance Minister Yoo Il-ho said in a parliament hearing.

“The government has decided not to give full support to a troubled company and help it survive by pouring tax payers’ money into it.”

He said the government is making all-out efforts to normalize the paralyzed maritime cargo delivery and has seen some improvement.

As to the controversial assistance to Daewoo Shipbuilding & Marine Engineering Co., a troubled shipbuilder, the finance minister said it was inevitable for its creditors to have done so.

Last year, its creditors, led by the KDB, pledged a 4.2 trillion won in aid to Daewoo Shipbuilding, which reeled from massive losses in the face of a prolonged industrywide slump and increased costs stemming from a delay in the construction of offshore facilities.

“If we did not provide aid (to Daewoo Shipbuilding), the company might have immediately suffered losses,” Yoo said. “We have sensed the risk of accounting fraud at that time to some degree, but we judged that the shipbuilder needs it (financial aid).”

The country’s top policymaker stressed that a demise of Daewoo Shipbuilding would have cost the country trillions of won.