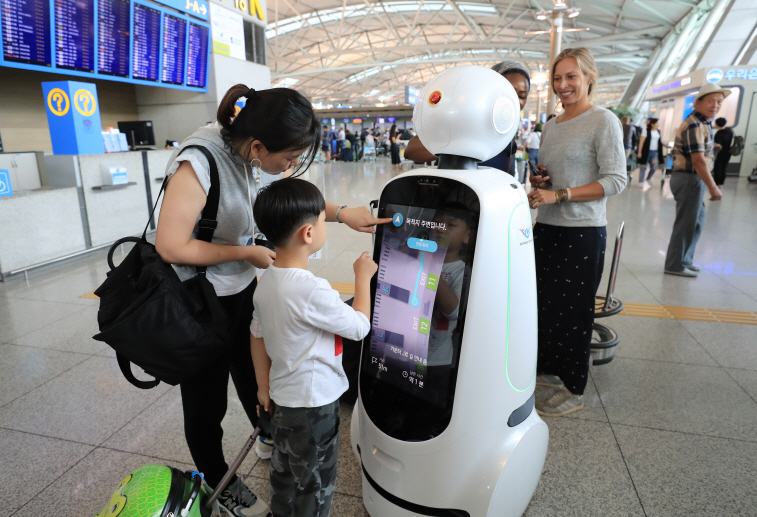 HONG KONG, CHINA, Oct. 8 (Korea Bizwire) - Just how much of the global service industry will be left standing by the time COVID-19 is brought under control is anybody’s guess. In the U.S., an industry association says restaurants across the country are on track to lose US$240 billion in revenues by the year-end. Most hotels stand empty. But rest assured that all is not lost. A recent research study by The Chinese University of Hong Kong (CUHK) suggests that robots – which are not generally known for their personal touch – may be able to help the stricken hospitality industry weather and recover from COVID-19.

The study found that the use of robotics in a tourism and hospitality industry setting could help to draw customers back into restaurants and hotels, at a time when people are concerned about the risk of viral transmission from people-to-people interactions. Among the two countries studied, this was more pronounced in China than in the U.S.

“Our results show that with the pandemic dominating people’s awareness, service robots could signal low interpersonal contact, reduce the perceived risk of virus transmission, and in turn increase visit intention,” says study author Lisa Wan, Associate Professor at the School of Hotel and Tourism Management and Department of Marketing at CUHK Business School.

Titled Robots Come to the Rescue: How to Reduce Perceived Risk of Infectious Disease in COVID-19 Stricken Consumers, the study was co-conducted by Prof. Elisa Chan at New York Institute of Technology – Vancouver and Xiaoyan Luo, a PhD student at CUHK Business School.

Saving Humans from the Apocalypse?

For the struggling restaurants sector, the U.S. Centers for Disease Control has maintained that the risk of getting COVID-19 from eating out is very low. However, some outbreaks have been linked to restaurant employees and customers. This has led some restaurants to increase automation in a bid to alleviate concerns.

For example, a subsidiary of Chinese property developer Country Garden opened the world’s first restaurant complex in Shunde, Guangdong province, in June, completely staffed and operated by robotics. The facility, which can accommodate 600 customers, is equipped with 20 robots that can cook over 200 dishes ranging from Chinese food, hotpot and fast food. The food is said to be available within just 20 seconds of ordering. When ready, the food is delivered directly to the customer’s table by a skyrail system or on trays by robots.

Elsewhere in the world, the U.S. burger chain White Castle is testing “Flippy”, a robotic chef arm that can cook french fries and other foods. In Russia, KFC has opened a store that uses a fully automated fried chicken preparation system.

In a hotels setting, robots are being put into applications including front desk operations, concierge and room delivery.

While the technology to build at least rudimentary robots in service sector settings has existed for some years now, they never really caught on (outside of a handful of gimmick applications) pre-COVID-19. Not only did they require a heavy upfront investment, prone to breaking down often, they were also – to use a clinical term – “useless”.

For example, guests at the robot-augmented Henn na hotel in Japan complained that AI room assistants mistook snoring as voice commands and would wake them up throughout the night. Its robotic front desk was reportedly unable to answer the most basic question and its luggage robots broke down whenever it got wet going outside. All this created more work for their human counterparts.

Meanwhile, Chinese restaurant chain Heweilai, an early catering robotics use pioneer, told Worker’s Daily in 2016 that it was forced to stop using a fleet of robots it purchased to serve customers because of their limited capabilities. Their robotic waiters had trouble carrying something as simple as soup, kept crashing into each other because they could only move along fixed routes, could not take orders or top up water glasses, and were both unlikely and unable to strike up a two-sided conversation with customers.

“Ironically, in face of a pandemic, it is exactly the lack of interpersonal touch characterised by service robots which makes potential customers perceive a lower risk of contracting viruses and in turn, increase their intention to visit,” Prof. Wan, who is also Director for the school’s Centre for Hospitality and Real Estate Research, comments. “Businesses, especially for the hard-hit tourism industry, need to prepare for pandemics as a constant in the business environment. The research suggests that service robots could be a long-term solution and sheds new light on the robot-customer dynamic specific to the tourism industry.”

“Tangential to the core predictions, our findings suggest that the use of service robots to reduce perceived risk of virus transmission and encourage visits could be more salient in collectivistic cultures such as China,” Prof. Wan comments. “This could be attributed to more reliance on interpersonal cues in decision-making for collectivists. Future research may explore the cultural impacts which will have significant theoretical and practical implications for the successful infusion of service robots in the tourism industry across cultures.”

In addition, Prof. Wan says more research on intelligent automation and how consumers perceive and react to service robots in the tourism industry is needed. While governments and health authorities are devising reopening plans that centre around public health and businesses establishing stricter guideline for operations, Prof. Wan emphasises that the measures may not adequately soothe pandemic-stricken consumers.

“Every effort to ensure a safe and fast recovery is imperative to revive the tourism industry,” Prof. Wan says. “This research proposes and tests how the psychological impacts from a prolonged (and possibly recurring) period of social distancing may play a role in business recovery, especially that in the tourism sector. We believe that this psychological perspective complements the mainstream focus on health and economic measures to combat COVID-19 and similar pandemics which may come to pass.”

Established in Hong Kong in 1963, CUHK Business School is the first business school to offer BBA, MBA and EMBA programmes in the region. The School currently has about 4,800 students and the largest number of business alumni (40,000+) in Hong Kong.