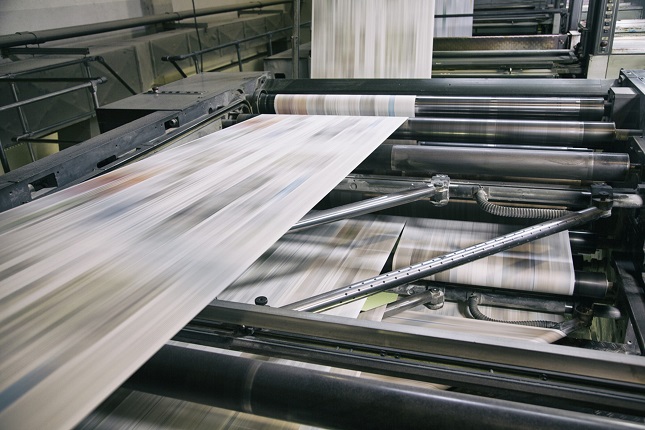 HONG KONG SAR, July 26 (Korea Bizwire) - Chinese state-owned news media has long been criticised as being the government’s “mouthpiece” due to its ties to the Chinese government. Many question the value of news reports they produce because report the information that the government intends to share. Setting aside this stereotypical image, a recent study finds that in terms of business news, even state-owned newspapers provide unique and valuable information to the country’s capital markets.

All news media in China are more or less controlled by the government. The government itself directly operates several official media organisations that espouses the views of the party. The biggest and most influential include The People’s Daily, the largest newspaper in the country, television broadcaster China Central Television (CCTV), the news agency Xinhua, English-language daily China Daily and the tabloid Global Times.

However, recent years have seen the emergence of a new breed of media outlets in the country that appear to operate with relatively more editorial leeway, such as Caixin, Jiemian.com, and The Paper. They are still controlled by the state, but have a stronger profit incentive and are established with a clear mandate to attract and serve a broader readership. The news articles they publish often appear to be more critical, and they are seen as being more willing to push the boundaries of reporting in the country, often covering stories that the largest (and state-owned) media companies are unwilling to. Consequently, the news coverage of this new generation of media organisations is generally considered to be more valuable than the stories published on traditional state-owned media. However, according to research, this may not actually be the case.

“People often ignore the fact that state-owned media, thanks to their close links to the government, can provide ‘inside’ market news and information that other news media can’t,” comments Tianyu Zhang, Professor at the School of Accountancy at The Chinese University of Hong Kong (CUHK) Business School.

His research paper Firm News and Market Views: The Informational Role of Official Newspapers in China, co-written with Prof. Joseph Piotroski at Stanford University, Prof. T.J. Wong at the University of Southern California and PhD student Shubo Zhang at CUHK Business School, proposes that old guard state-owned media and their more progressive brethren serve two different roles in providing information to financial markets. In the study, the authors reviewed nearly 3 million articles on domestic corporate news from 100 business newspapers in China from 2000 to 2017.

Prof. Zhang explains that the more traditional state-owned media and the newer outlets are different in terms of acquiring, interpreting and disseminating information and therefore, the two types of media may serve different roles in providing information to the markets.

Typically, the more progressive news organisations tend to focus more on firm-specific reporting. This can help them to gain readers who are interested in inside stories of well-known companies and earn advertising revenue from firms that perhaps would like to be featured in the newspapers. In other words, their news articles would lead to an increase in the supply of information on individual firms, such as the performance of certain companies and their stock prices.

The more traditional state newspapers, on the other hand, are well suited to delivering political directives and policy-related information. Due to their close relationship with governmental units, these big official rags can provide the most precise policy direction and industry trends for corporate news. For instance, the study found that on average, their articles supply 10 percent more news on the general trends of specific industries and markets than semi-independent business newspaper articles. Furthermore, big state-owned newspapers tend to increase their coverage on industry and market news on days when the central government announces new industrial economic policies.

“You must understand that government policy is fundamental to China’s economic growth and investment opportunities. In other words, it wouldn’t hurt to listen to the ‘mouthpiece’ sometimes,” Prof. Zhang comments.

However, the study found that during the National Congress of China’s Communist Party – a meeting of top officials which is held every five years and serves to set the country’s national policy goals and to elect its top leadership, both types of newspapers reported an increase in their output of stories related to the macroeconomy to showcase their coverage of the country’s major political event of the year.

Interestingly, contents reported by the two types of newspapers diverged further after President Xi Jinping’s high-profile visit to the big three state-owned media – The People’s Daily, Xinhua and CCTV – in February 2016. During this visit, President Xi ordered news media organisations to “follow the Party’s leadership and focus on ‘positive reporting’”, CCTV reported. The researchers found that after the visit, more editorially progressive newspapers drastically reduced the amount of coverage on the overall economic performance of individual industries and the macroeconomy, whereas the traditional state-owned news media saw a significant surge in their coverage of this type of information.

“What we saw was that the old school state-owned news media organisations aligning themselves with the overall political and propaganda role that the Party set for them in the economy, whereas news media with more independent editorial stances were distancing themselves from this political agenda to focus solely on their businesses interests,” Prof. Zhang explains. “This way, the two types of news media have different roles in providing different types of information for investors.”

The research study is the first to provide evidence that China’s different state-owned news media play an important and complementary role in providing useful information to financial markets. Prof. Zhang and his co-authors suggest future research can look into the way that the market reacts to existing biases in the content of official newspaper articles and whether the market corrects for these known influences.

Established in Hong Kong in 1963, CUHK Business School is the first business school to offer BBA, MBA and EMBA programmes in the region. The School currently has more than 4,600 students and the largest number of business alumni (40,000+) in Hong Kong.