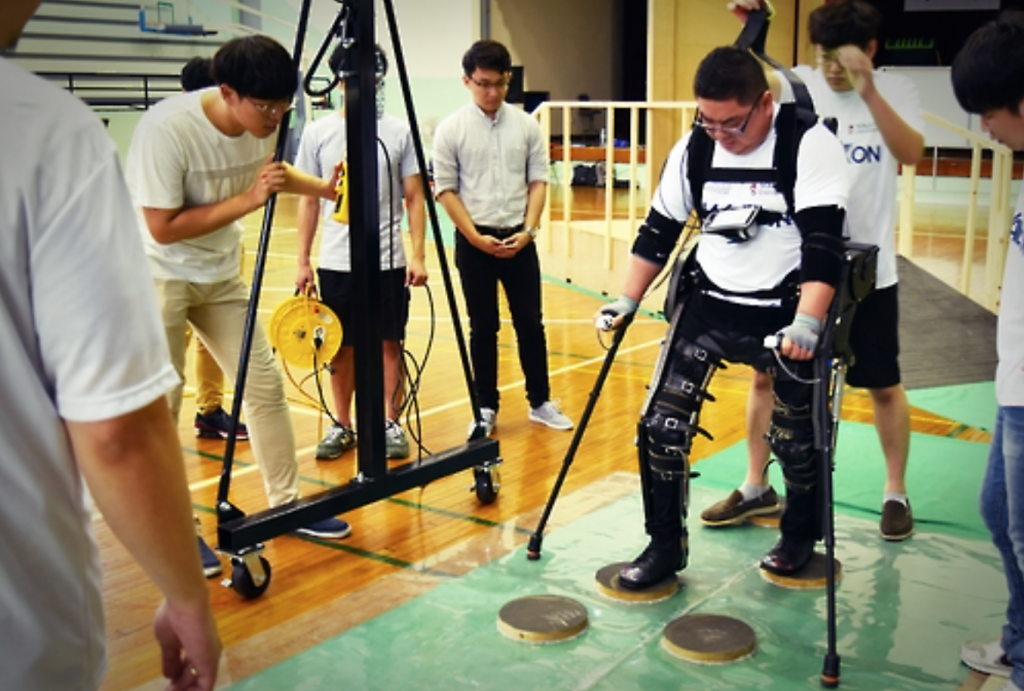 Kim suffered from paralysis in the lower half of his body following a tragic car accident in 1998, and has since spent his time in a wheelchair until the opportunity presented itself for a chance at walking again. (image: Sogang University)

SEOUL, Sept. 27 (Korea Bizwire) – A team of researchers from Korea is participating in the 2016 Cybathlon along with 42-year-old Kim Byung-ok, who’ll be featured as the Korean Iron Man.

Cybathlon is an international competition for disabled athletes with bionic assistive technology, and will be held for the first time this year in October in Zurich. Highlighting technologies such as robotic prostheses and powered exoskeletons for six sporting events, the event has also been referred to as the Iron Man Olympics.

Kim suffered from paralysis in the lower half of his body following a tragic hit-and-run accident in 1998, and has since spent his time in a wheelchair until the opportunity presented itself for a chance at walking again.

Kim and his team will participate in Cybathlon’s Powered Exoskeleton (wearable robotic devices) Race, in which 11 athletes from eight countries will challenge themselves in various tasks including sitting and standing, passing through obstacles, climbing up and down stairs, and crossing stepping-stones.

“Preparing for the competition, I started to regain hope that I could walk again,” said Kim. “I hope this competition becomes a stepping stone to a more widespread use of wearable robotic devices.”