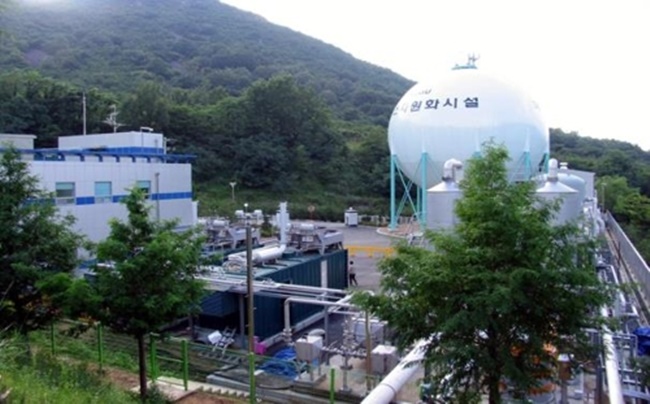 As the landfill gas replaces 160,000 barrels of oil that would otherwise be used for heating, the Daegu government is killing two birds with one stone while saving an additional 94 billion won. (Image: Daegu Metropolitan City)

Since the Kyoto Protocol was signed in 2005, companies have been required to buy or sell permits to gain the right to legally emit carbon dioxide, and the southeastern city in South Korea has been cashing in on its carbon credits, which were earned by reducing greenhouse gas emissions.

The city government has been able to save rights to 250,000 tons of emissions every year from landfill gas produced at one of its dumps, which the city then sells to the Daegu branch of the Korea District Heating Corporation for some 5 billion won.

As the landfill gas replaces 160,000 barrels of oil that would otherwise be used for heating, the Daegu government is killing two birds with one stone while saving an additional 94 billion won.

In 2007, Daegu was the first local government in the country to be certified by the United Nations Framework Convention on Climate Change, and adopt the clean development mechanism, one of the emission-reduction methods in the Kyoto Protocol that generates credits.

However, with the practice among major companies of hoarding their credits continuing to cause price inflation in the emissions credit market, Daegu will from now on prioritize local companies in need of credits.

“We will continue our efforts to invent ways to reduce greenhouse gases, creating new business models as we enter into the era of low-carbon power sources,” the mayor of Daegu said.