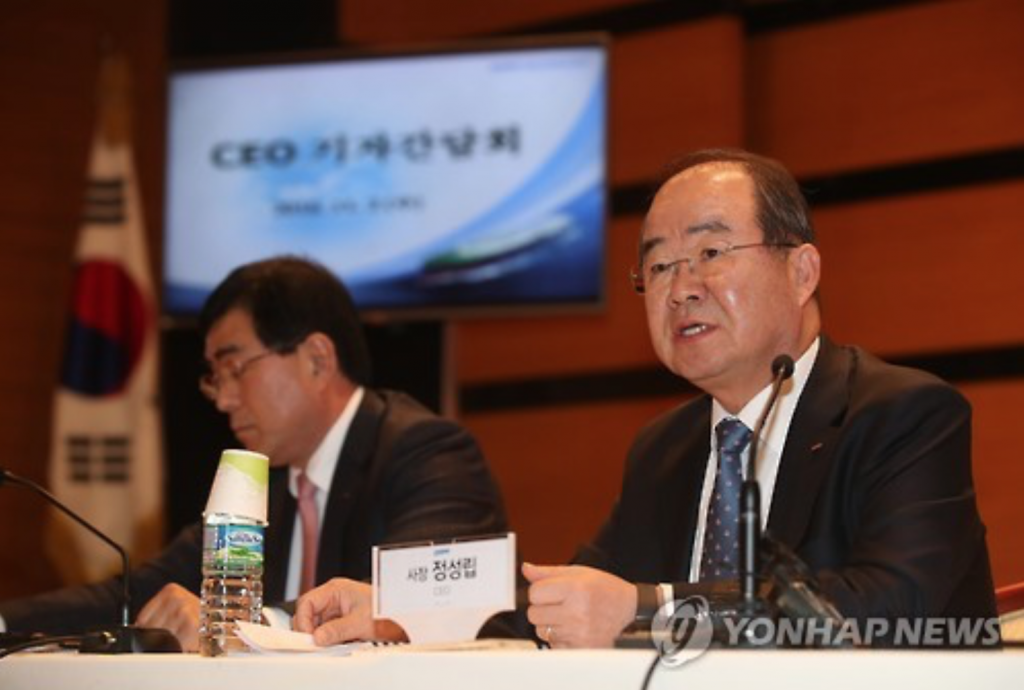 SEOUL, Nov. 2 (Korea Bizwire) – Daewoo Shipbuilding & Marine Engineering Co., a major shipyard here, plans to raise an additional 700 billion won (US$609 million) through asset sales this year, raising the total amount prepared as part of its self-rescue measures to 6 trillion won (US$5.22 billion), since it is widely expected to miss its annual new order target, its chief said Wednesday.

Previously, Daewoo Shipbuilding said it would implement a 5.3 trillion won self-rehabilitation scheme to tide over a protracted industry-wide slump and curb widening losses.

“I expect this year’s new orders to be between $2 billion and $2.5 billion,” Daewoo Shipbuilding chief executive Jung Sung-leep said in a press conference Wednesday. “In that context, we are implementing a 6 trillion won self-rescue plan.”

Earlier, the shipyard expected this year’s new orders to hit some $10 billion, but a drop forced the shipbuilder to sell more assets.

Jung said Daewoo Shipbuilding will focus on its money-making business while curtailing the offshore facility-related business.

“If next year’s new orders fall short of $5 or $6 billion, we may face difficulty in repaying maturing debt, but we are working on a variety of measures to avoid such a scenario.”

Meanwhile, its creditors, led by the state-run Korea Development Bank, are set to announce a debt-for-equity swap and other measures, worth 3 trillion won, for the embattled shipbuilder next week, to help one of the country’s big three shipyards avoid possible delisting from the local stock market.

The financial support includes a debt-for-equity swap and the purchase of stocks to be issued by the shipbuilder.

The shipbuilders have recently drawn up sweeping self-rescue programs worth 10.35 trillion won in a desperate bid to overcome the protracted slump and mounting losses.