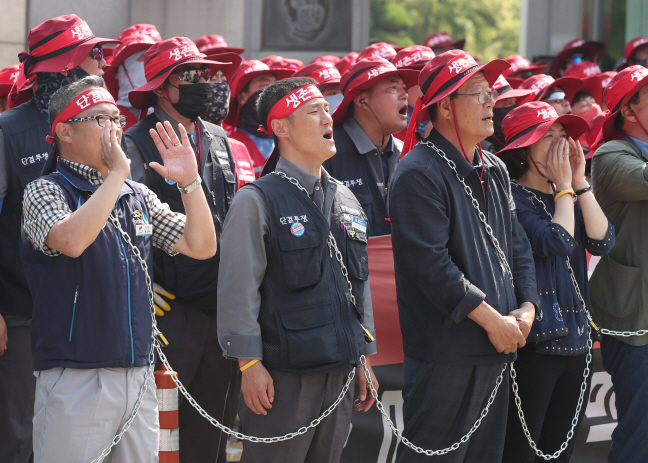 Daewoo Shipbuilding said 62 percent of 5,277 workers approved the wage and collective agreement that includes a 1.1 percent increase in base pay and other bonus payments.

The management and labor union reached the tentative deal on Tuesday.

The two sides held 37 rounds of wage negotiations since May to reach the agreement.

Despite reaching the wage deal, Daewoo Shipbuilding workers said they will continue their efforts to stop the company’s merger with Hyundai Heavy, citing that it hurts the workers’ job security.

In March, Hyundai Heavy signed a formal deal, worth an estimated 2 trillion won (US$1.7 billion), to buy Daewoo Shipbuilding.