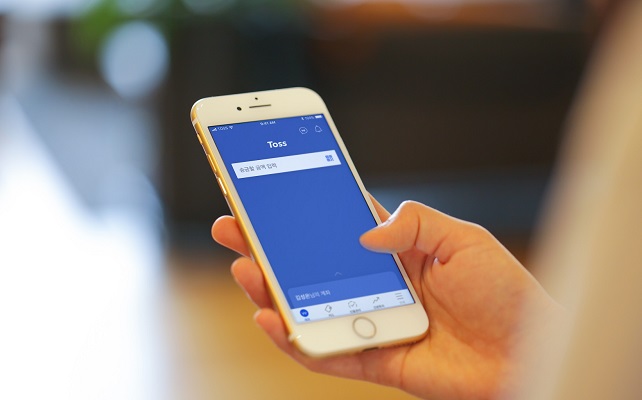 The value of daily money transfers via smartphone apps, such as Toss, Naver Pay and KakaoPay, stood at 322.6 billion won (US$272.3 million) in the January-June period, compared with 268.2 billion won in the second half of 2019, according to the data by the Bank of Korea (BOK).

The number of cases involving such money transfers rose 4.7 percent to 2.91 million in the first half from six months earlier, it added.

“Amid the country’s social distancing scheme, the use of mobile payments and app-based money transfers increased,” a BOK official said.

The COVID-19 pandemic prompted more people to refrain from visiting offline stores and resort to online shopping instead.

The value of daily electronic payments using payment gateway (PG) services also posted a solid increase in the first half, the BOK said.

The daily average amount of PG-based electronic financial transactions came to 676.9 billion won in the January-June period, up 15.3 percent from six months earlier.

A payment gateway is an online payment solution that allows customers to safely use credit cards and other payment tools when using e-commerce services.