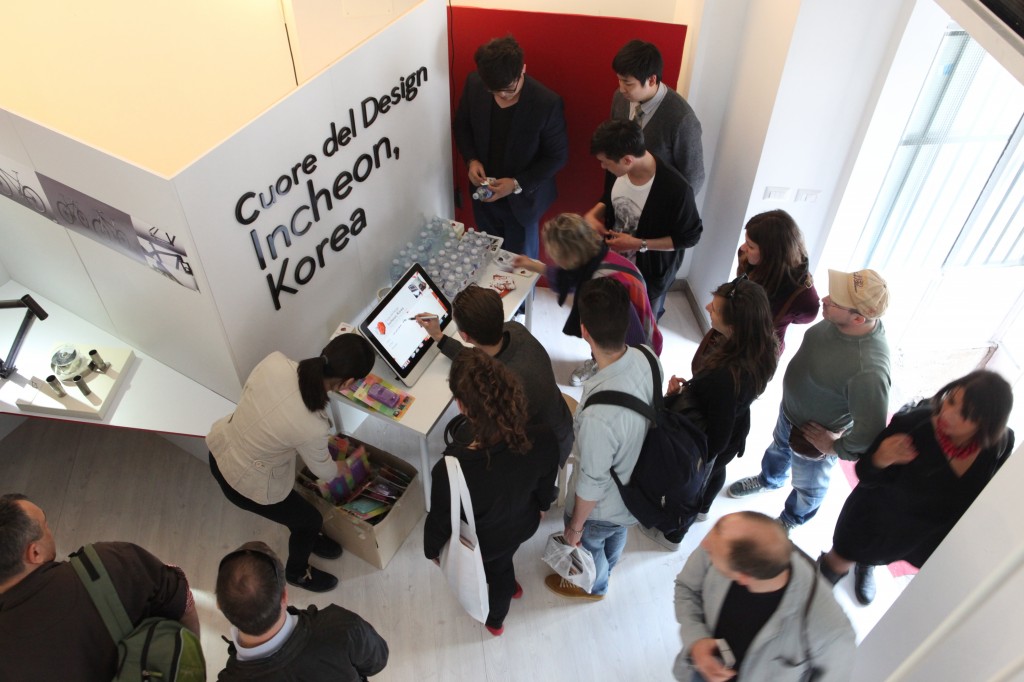 Manager of ‘Cuore del Design Incheon Korea’ said, “More than 1,000  visitors visited the exhibition per day, and a large number of visitors  showed deep interest asking questions about features and development  processes of products as they viewed outcomes of symbiotic collaboration  between public organizations and private companies. Incheon successfully  launched an affirmative flare as an international design city.”

The organizer of the exhibition explained that enthusiastic response  from the audience reflects peoples’ growing interest in design and  companies.

Also, the organizer explained that the exhibition was effective for  promoting Incheon as a city with great design potential as well as a  host city where 17th Asian Games set to be held in September  this year.

Majority of audience who visited this design exhibition, were design  professionals and journalists from Italy, the United Kingdom, Austria  and Spain.

In its early days, majority of the audience were students  majoring in design and members of design industry but audience base  expanded and diversified as time elapsed, attracting a large number of  general audience from many countries on weekends.

“I am astonished by excellent design of Korea,” said one of visitors at  ‘Cuore del Design Incheon Korea’

This event served as a momentum to effectively expand the status of  Incheon as an international city as well as publicizing capabilities of  small but strong companies of Incheon whereas it has been poorly  recognized in international community despite their strengths such as  chosen as Incheon Free Economic Zone and the 17th Asian Games  in 2014.

An official at the Incheon City Government said, “We are extremely happy  to successfully complete the event, which was first of its kind among  local governments. We gained confidence.” The official also noted that  the municipal government will evolve the exhibition as a means of  regular publicity for expanding overseas markets through close  collaboration with small but strong companies in Incheon.