SEOUL, Oct. 15 (Korea Bizwire) — There is a special waterfall nearby the Bangchuk Stream in the Sejong metropolitan autonomous city, which is called a digital waterfall.

Transparent display glasses stand along the road, on which a variety of images, texts and videos are shown to passers-by. The glass wall even senses the movement of them to transform it into artistic images and sounds, drawing their attention. 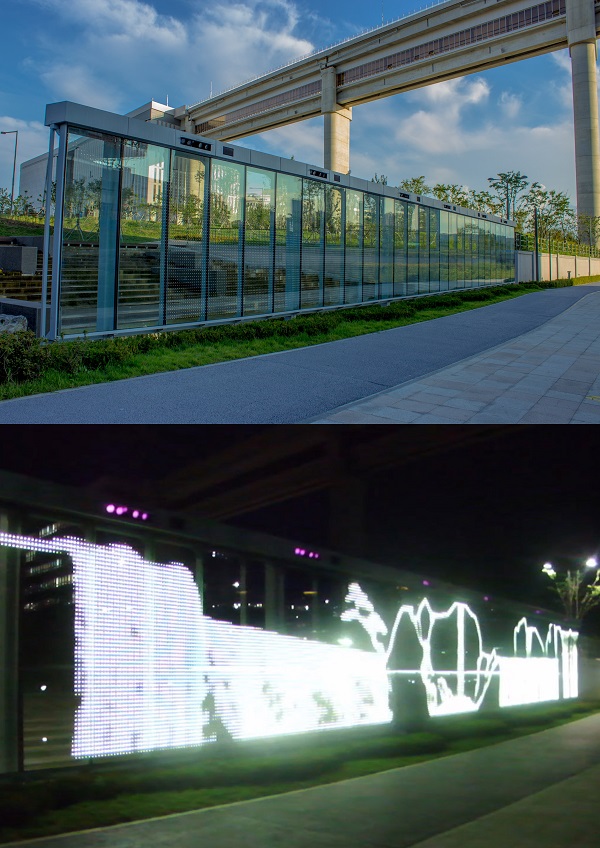 Transparent display glasses stand along the road, on which a variety of images, texts and videos are shown to passers-by. (image: Power Glass Korea)

Unlike real waterfalls which use a lot of water, the digital waterfall is not restricted by resource limitation and almost permanent. The wall doesn’t harm the surrounding environment as it is transparent. Both sides of the wall, which interacts with onlookers, emit light.

Aside from digitized waterfalls, the use of transparent display glasses is boundless. They could be used in places which need to attract people’s attention from the lobby in a building to exhibitions.