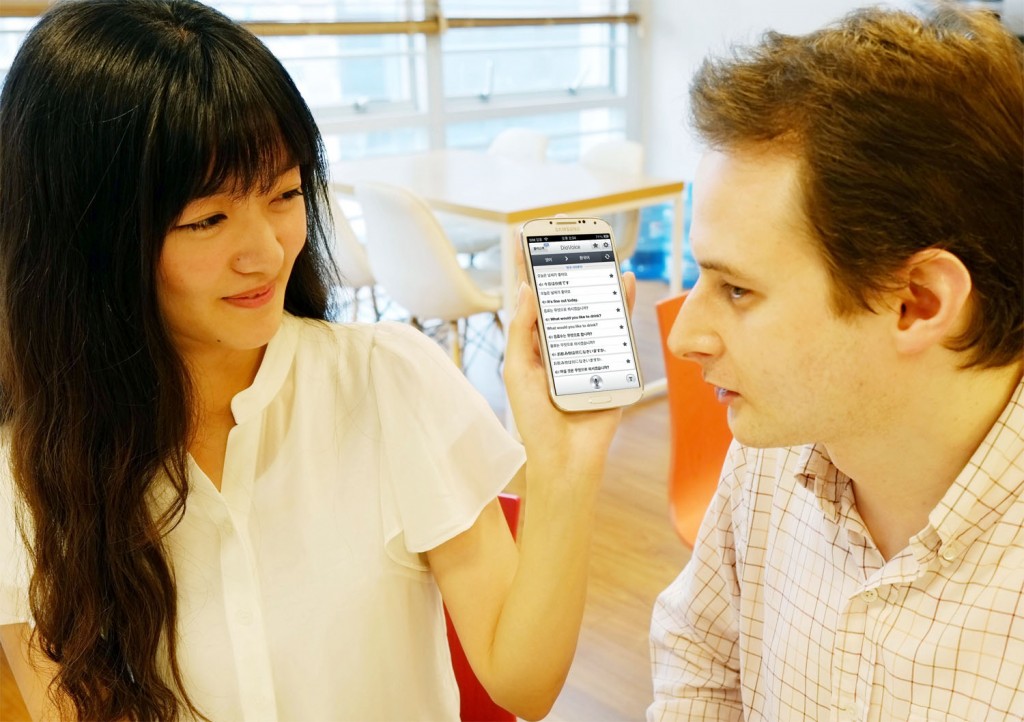 SEOUL, July 16 (Korea Bizwire) – Diotek, a mobile application developer, said on July 15 that it has introduced a Plus Pack to its voice translation app “DioVoice Online” available on iTunes, Google Play, and SK T-Store. The Plus Pack provides detailed information on travel destinations including the area’s geography, specialty items, tourist attractions, and public transportation. As the pack makes the translation app work more precisely, the user can find it more useful when taking a trip within Korea.

Diotek’s DioVoice All-in-One and DioVoice Online are available in three languages, Korean, English, and Japanese, to Android and iOS smartphone users on a pilot basis. Since the launch in May 2012, the app has been popular among smartphone users. The new Plus Pack is expected to improve the sentence recognition and translation completion ratio up to 90 percent. The DioVoice Plus Pack can be downloaded by clicking the “Plus Pack” button on top of the app’s initial screen.

In the mean time, as the need for voice-to-voice translation software has been on the rise, a host of useful translation application has been developed. The U.S. government, for example, asked researchers at Karnegie Mellon to develop new software able to translate Arabic — which is very useful on the military front in Iraq.

Jibbigo, the app created by researchers at Carnegie Mellon, are depending on crowdsourcing to collect thousands of thousands of data to process the translation software to work.

And Sonico Mobile, the developers of popular apps such as Languages and Files App early July released an update to one of their most successful apps, iTranslate Voice. This new update adds several new features to make translating easier, faster and more accessible.

Among new features to iTranslate Voice is a feature AirTranslate, which works over Bluetooth. The idea is pretty straightforward: when you’re in close proximity to someone else with iTranslate Voice that you’d like to have a conversation with, you can enable AirTranslate for quick, easy communication between languages.

The feature is demonstrated in Sonico Mobile’s video below.

Lost in Translation from Pedro Cascao on Vimeo.