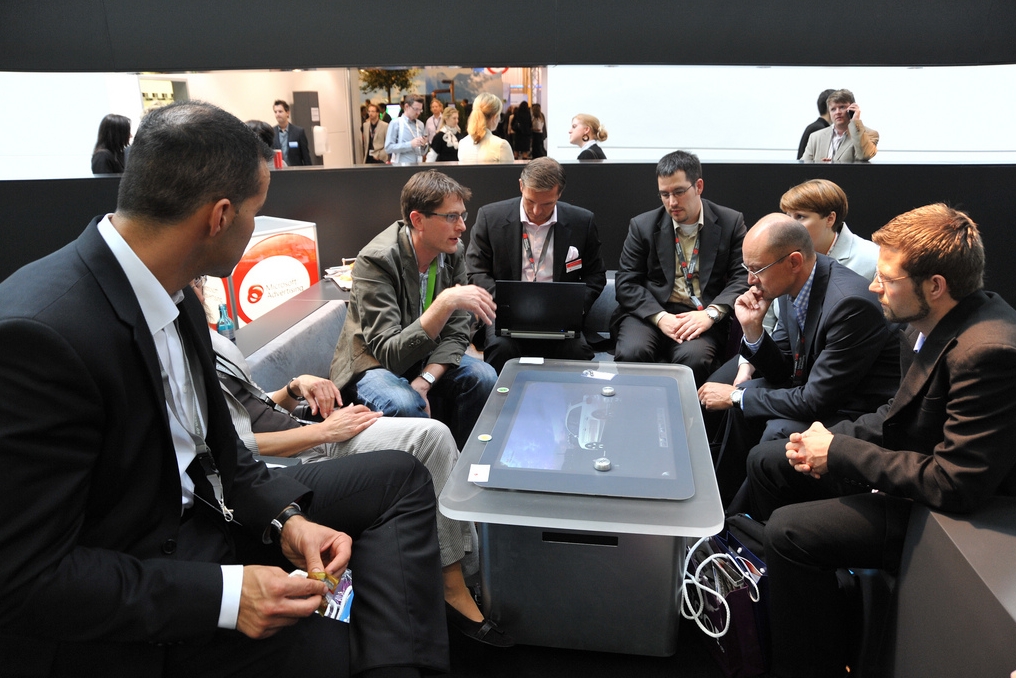 The dmexco agency lounge will once again be the central client host of all the important agency networks; all of the relevant RECMA agencies are represented at dmexco 2014. (image: dmexco 2014 Organizing Committee)

COLOGNE, GERMANY, Aug. 4 (Korea Bizwire) – Media giants on the Rhine: The top companies from the world of national and international media agencies will be meeting at dmexco 2014.

Once again, the event will be attended by all of the important media agency networks of the global digital economy. Together with their suppliers of special services, they form the international vanguard of the agencies ranked by the RECMA research company. As a group, they represent the worldwide media economy, which has a budget of many billions of Euros. More top names from the worldwide media business than ever before will be gathering in the Agency Lounge specially developed for them by dmexco (http://dmexco.de/2014/en/Agency_Lounge.html).

Among these top names will be the Dentsu Aegis Network, which includes Carat, Dentsu McGarry Bowen, iProspect, Isobar, Posterscope, and Vizeum; IPG Mediabrands, including Initiative Media, Mediabrands Audience Platform, and Universal McCann; the Omnicom Media Group, including Annalect and Resolution; Vivaki, including Starcom MediaVest and Zenith Optimedia; and Havas Media. Independent and owner-managed agency groups such as pilot and Wunderman will also be taking advantage of the unique lounge concept and its exclusive meeting point for agencies and their customers in the midst of the activities at dmexco.

New participants in the Agency Lounge in 2014 will include Plan.Net and Mediaplus, both of which are members of the Serviceplan Group. In addition, GroupM, together with its agency brands MEC, Mediacom, Mindshare, Xaxis, Maxus, and Catalyst, will be presenting itself for the first time at its own stand at dmexco 2014. In an attractive side effect, many marketing decision-makers from large advertising brands will be represented at the event. They have been invited to come to dmexco by all of the networks and their agencies named above because this is the most attractive setting of its kind for them and their customers.

The organizers of dmexco expect to welcome a large number of customer representatives from Germany and abroad. The visitors will be able to find out about the latest trends and conclude successful business deals directly on site in the Agency Lounge or at the various trade fair stands.

Trade visitors can register now for dmexco 2014 at http://dmexco.de/2014/en/Tickets.html.

About dmexco
dmexco is the international leading expo & conference for the digital economy. Comprising a unique combination of an exposition and a conference, it stands for innovative and future-oriented marketing in the midst of a global growth market. Placing a clear focus on marketing, media, and technology, dmexco in Cologne is the global No. 1 industry meeting platform for valuable knowledge transfer and direct business transactions. dmexco, which is organized by Koelnmesse, offers trade visitors the broadest range of business trends, growth strategies, product innovations, and creative excellence in diverse forms and is furthermore free of charge. As the central hub for all thought leaders from digital brands, advertisers, and marketers, all types of agencies, and media owners, dmexco is connecting the global digital economy.

All further information on dmexco 2014 (September 10 & 11 in Cologne) as well as photos, videos, and statements on dmexco 2013 are posted at www.dmexco.com, www.facebook.com/dmexco, http://twitter.com/dmexco and www.youtube.com/dmexcovideo.