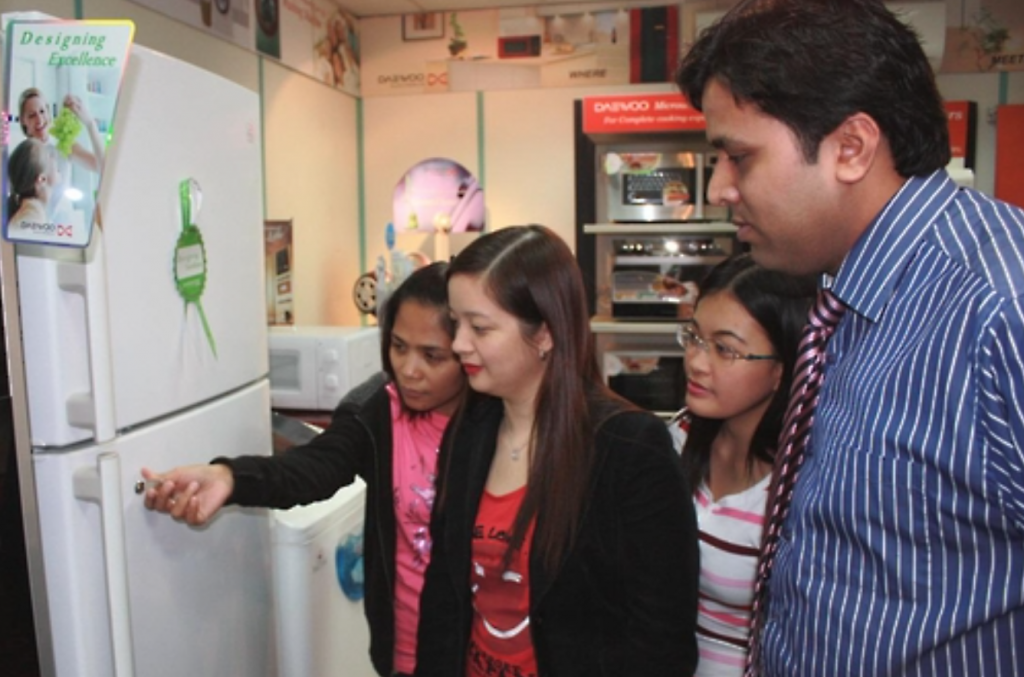 The fridges with locks, launched in 1998, have sold 2 million units as of the end of January this year. (image: Yonhap)

The fridges with locks, launched in 1998, have sold 2 million units as of the end of January this year. The idea for the product came from the local culture in the Middle East where families tend to be big with many children, creating the need to guard food against outsiders and overeaters.

The company said this particular model accounts for 65 percent of its refrigerator sales in the region.

In the case of Iran, Dongbu Daewoo added a special laundry cycle for hijabs on its washing machines. The “Islamic Rinse” cycle helps protect hijabs during washing and follows washing procedures dictated by the Koran.

First introduced in 2014, the product so far sold over 20,000 units with a 40 percent sales increase last year from a year ago. The washing machine is currently being supplied exclusively to the biggest Iranian home appliances company Entekhab.

A similar washing machine was developed for Indonesian customers, who can use a laundry cycle installed for the local costume batik to minimize fabric damage. The product was marketed in 2015 and is drawing a good response, the company said. Dongbu Daewoo also launched ovens in the same year that assist in the cooking of popular Indonesian dishes.

“We are attracting consumers with different product ideas, such as washing machines and microwave ovens laced with gold, the favorite among people of the Middle East, and cool-keeper refrigerators that retain coolness even during blackouts,” Lee Gyeong-chul, head of the Middle East and Africa marketing division, said.