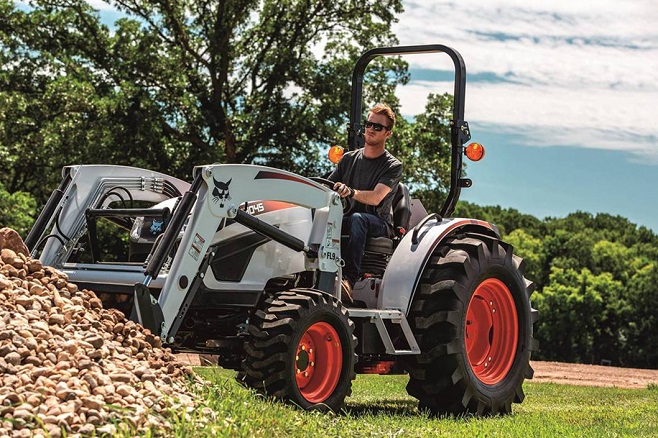 This photo provided by Doosan Bobcat shows the compact tractor CT4045 built by the company.

SEOUL, July 1 (Korea Bizwire) — Small-sized construction equipment maker Doosan Bobcat Inc. is set to fare well in the second half of the year on the back of a rebound in the construction markets in the United States and Europe, following its weak performances in the first half, analysts said Wednesday.

Doosan Bobcat may get a boost from the budding signs of a recovery in the United States’ recent economic indicators, according to Choe Kwang-sik and Jeong Ji-hoon, analysts at HI Investment Securities Co.

Sales of new homes in the world’s largest economy rose by 16.6 percent in May from the previous month and 13 percent on-year.

Doosan Bobcat delivered weak business results in the first quarter of the year on decreased demand caused by COVID-19.

It posted 33.5 billion won (US$27.5 million) in net profit in the first quarter of the year, more than halved from a year earlier. In the second quarter, the company’s net income is forecast to fall 63 percent to 30 billion won from a year ago, according to the report.

Despite brisk sales of its excavators in China, other local construction equipment makers Doosan Infracore Co. and Hyundai Construction Equipment Co. are expected to face difficulties in the second half due to a weak run in other key markets such as Brazil and India, the analysts said.

Doosan Infracore saw its sales of excavators in China nearly double to 2,166 excavators in May from a year earlier, while Hyundai Construction Equipment Co. sold 923 excavators, up 44 percent over the cited period, according to the data provided by the China Construction Machinery Association.