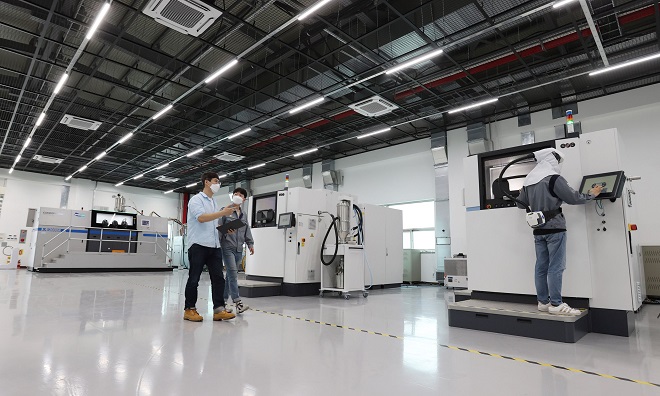 The company on Thursday held the completion ceremony for the 3D printing fab on a non-face-to-face format at its headquarters in Changwon, 398 kilometers southeast of Seoul.

Doosan Heavy has been applying 3D printing technologies from 2014 as part of efforts to upgrade its manufacturing capability for power components such as gas turbines.

With the completion of construction of the new facility, the company established the nation’s largest 3D printing-dedicated fab with a total of five units of metallic 3D printers.

The company also has the world’s largest powder bed fusion (PBF)-based metallic 3D printer, which can produce parts and components measuring 800 millimeter in width, 400 mm in length and 500 mm in height.