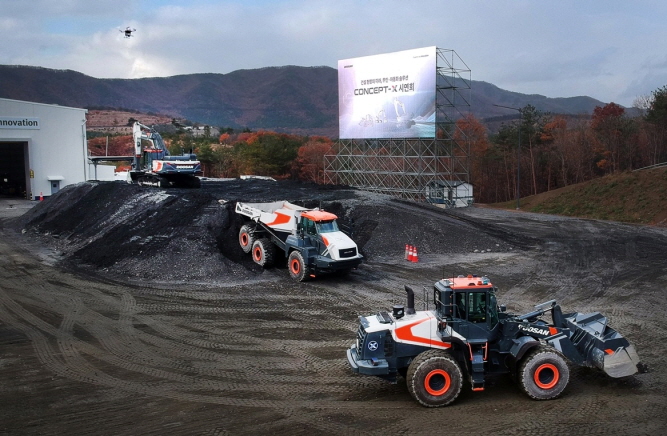 Doosan Infracore demonstrated “Concept-X” at its test center in Boryeong, South Chungcheong Province, 140 kilometers south of Seoul, with officials from Bosch, ASI and LG U+, companies that contributed to the development of the system, in attendance.

“Concept-X is a comprehensive control solution that can be used to survey worksite topography via 3D drone scanning, establish operational plans based on the topographical data, and operate construction equipment such as excavators and wheel loaders without human intervention,” Doosan Infracore said in a statement.

Doosan Infracore said the solution will boost productivity by reducing the time and costs required for construction equipment operations while improving safety at construction worksites. It plans to commercialize Concept-X by 2025.

The system uses a wide range of Fourth Industrial Revolution technologies, including fields of autonomous driving and 3D drone surveys, according to the company.