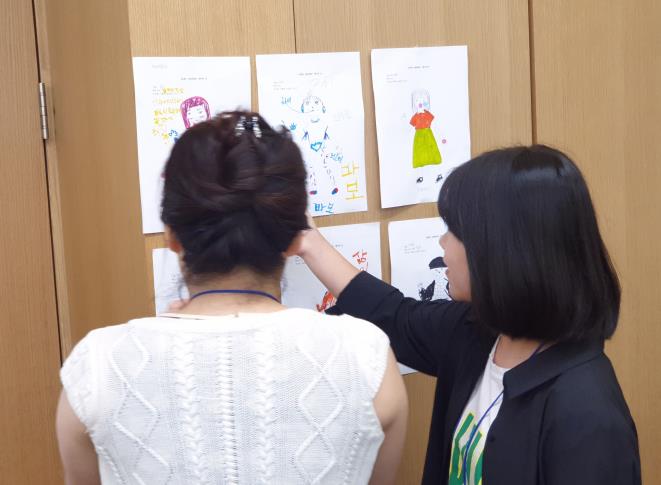 Unlike the previous consignment of career education to outside institutions, the government has specially deployed career teachers this year. (Yonhap)

SUWON, Aug. 9 (Korea Bizwire) — How different is life for North Korean students, who risked their lives to cross the border, compared to their South Korean counterparts?

Twenty-one middle and high school students in Gyeonggi Province, each with their own stories, participated in a Career Design Camp that took place in Gwangju for three days from August 6 with the goal of identifying dreams and future aspirations.

Although all of the students had escaped from North Korea, they appeared to be uncomfortable interacting with each other on the first day of the camp.

However, as they carried out various team-specific tasks, students soon became familiar, sharing each other’s strengths and weaknesses, and designing their own future.

“I want to go to high school and major in a computer-related field in university,” said a North Korean middle school student who said he never received computer education in North Korea.

The Gyeonggi Provincial Office of Education, which prepared the camp, organized the event with an emphasis on supporting the smooth settlement of North Korean middle and high school students who are adapting to ordinary schools, strengthening their career design capabilities, and fostering self-interest and a self-directed attitude on life.

Unlike the previous consignment of career education to outside institutions, the government has specially deployed career teachers this year.

Through dispatching career teachers, educators focused on carefully examining the situation facing students and fostering the power to think for themselves so that they can explore their future.

Park Tae-joon, an official at the education office, said, “It was a short time for North Korean students to share their concerns and solve the problems they were given, but I think there were positive changes no matter how big or how small.”