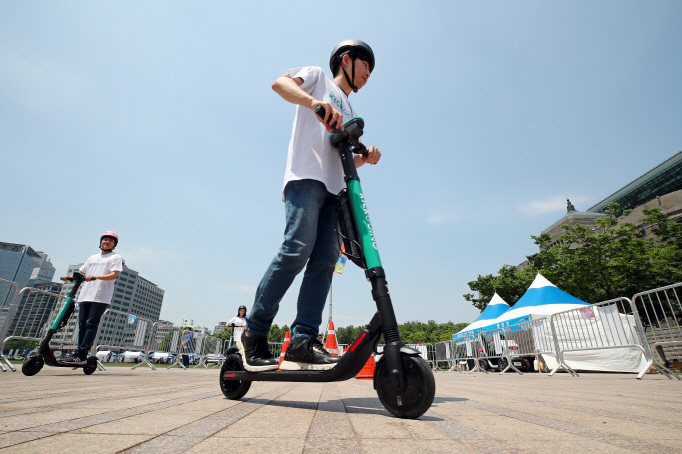 Although limited to certain areas and under strict regulations, electric kickboards are being legalized on bicycle paths for the very first time.

The Ministry of Trade, Industry and Energy decided on Wednesday to make a special exemption to allow kickboards on bicycle paths.

Currently, electric kickboards are legally categorized as cars, which prevents them from being used on pedestrian or bicycle paths. They also require drivers to acquire a proper driver’s license and wear protective gear.

These regulations, however, are usually disregarded. Cracking down on them, too, is not easy.

The ministerial committee responsible for the recent decision made a special consideration of the increasing number of kickboard riders, and allowed them on bicycle paths only if they follow the safety requirements set by the police.

The ministry expects that the test run will provide them with the baseline data to develop standard regulations on safety and driving for electric kickboards and other personal mobility vehicles.