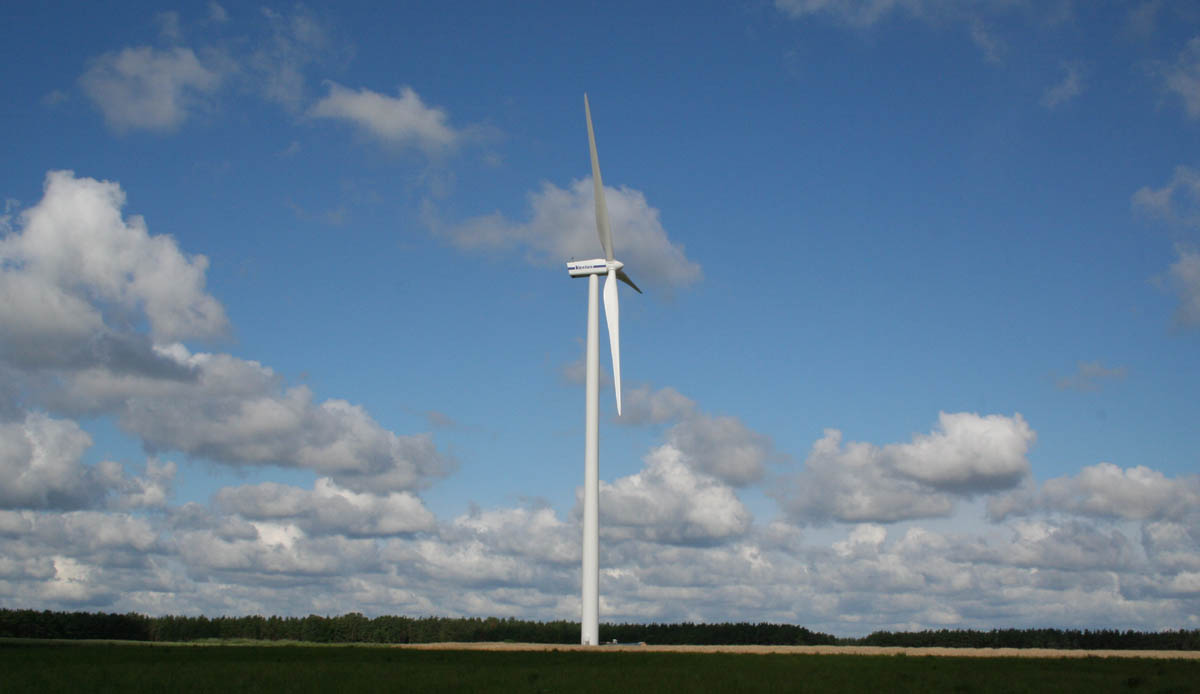 Eolus Vind AB is one of the leading wind power developers in Sweden. (image: Eolus)

HASSLEHOLM, Sweden, Jan. 19, 2015 (Korea Bizwire) — Today Eolus signed an agreement with ewz, an electric utility enterprise, for the sale of 29 wind turbines in south western Sweden for EUR 95 million. As part of the agreement Eolus has been entrusted to provide technical services to ewz for a period of twelve years and administrative services for a period of four years in order to maximize outcome and production from the wind turbines. The deal is the single largest in the history of Eolus.

ewz, a division of the city of Zurich, aims to annually invest 100-400 million Swiss francs in renewable electricity production to replace traditional power generation, primarily nuclear. Investing in wind power is key to achieving the ambitious goals that ewz has set. With today’s deal ewz will consolidate its position as one of the leading energy utilities in Switzerland and will strengthen their commitment to wind energy. Aquila Capital, a leading European alternative investment company, will be a co-investor in the deal.

The purchase price for the shares in the company that owns the wind farms is EUR 95 million of which approximately 56 million will be paid at the takeover date for three wind farms that have been taken into operation. The remainder of the purchase price is to be paid at the takeover date for the fourth wind farm that is currently under construction. The transactions are subject to fulfilment of a number of conditions before closing. The whole agreement is expected to be completed in the first calendar quarter of 2015. As a result of the transaction the debt of the Eolus Group is expected to decline by around SEK 238 million when the construction loans obtained for the construction is paid. In total, the agreement will provide a cash contribution of approximately SEK 650 million.

Under the terms of a Power Purchase Agreement signed in January 2014, the entire output of the four wind farms will be purchased by Google for the next ten years, starting in early 2015. Google is purchasing the electricity to power its datacenter facility in Hamina, Finland, with renewable energy.

-For ewz to choose Eolus as partner when they make their first wind power investment in Sweden demonstrates the trust we in a short time have been able to create among international investors. The agreement means a lot to Eolus and confirms our position as one of the leading wind power developers in the Nordic countries, says Per Witalisson, CEO of Eolus.

-To enter into business with companies such as ewz and Aquila Capital who strive to make a difference through strategic investments in renewable electricity generation is an exciting and growing part of Eolus activities and perspectives says Hans-Christian Schulze, Deputy CEO and Head of sales for Eolus.

-The innovative financing concept enables ewz to deploy the available funding in a more efficient and targeted manner in order to secure production capacity for wind energy in the long term. In addition, the core expertise of ewz as an energy provider, that of Eolus Vind AB as a wind farm developer and of Aquila Capital as a financial service provider, complement one another perfectly says Bruno Hurlimann, Head of Strategic Projects at ewz.

The 29 wind turbines of the models Vestas V90, V100 and V112 has an installed capacity of approximately 60 MW, and are located in the wind farms Skalleberg in Hjo Municipality, Alered in Falkenberg Municipality, Mungserod in Tanum and Ramsnas in Laxa municipality.

A film about the agreement and one of the wind farms can be viewed at: http://youtu.be/uuztTdR_1TE

Eolus Vind AB discloses the information provided herein pursuant to the Swedish Securities Markets Act and/or the Swedish Financial Instruments Trading Act. The information was submitted for publication on January 19th 2015 at 10.00 PM.

Eolus Vind AB is one of the leading wind power developers in Sweden. Eolus is active in the whole value chain from development of green field projects to construction and operation of wind farms. Eolus offers attractive and competitive investments in the Nordic and Baltic countries to both local and international investors. Founded in 1990, Eolus has constructed nearly 470 wind turbines of the approximately 3 000 wind turbines operating in Sweden. The Eolus Group currently owns and operates an installed capacity of 88 MW and a yearly electricity production of 232 GWh. Eolus Vind AB has approximately 3 000 shareholders. Eolus shares are listed at NASDAQ OMX First North in Stockholm with Erik Penser Bankaktiebolag as certified adviser.