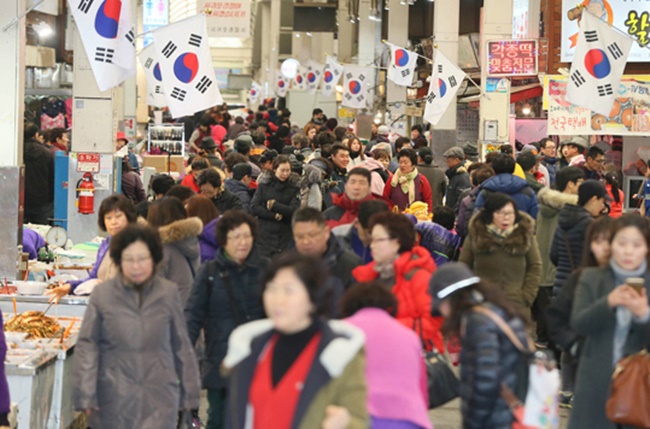 SEOUL, Apr. 19 (Korea Bizwire) — With the cost of living soaring, essential household spending in South Korea has risen to an 18-year high, spurred in part by a precipitous increase in grocery prices.

The figure is up 0.7 percent from 2016, the highest since 1999 when spending on essential items accounted for 41.9 percent of overall household spending.

Essential spending is usually seen as being immune to a country’s economic performance, unlike other items such as liquor, cigarettes, shoes, travel expenses, internet bills, education, and holidays, in which consumers first cut back spending when financially strapped.

The share of essential spending in household spending continued to decline, reaching 40.8 percent in 2000.

The figure then plunged and stayed in the thirties between 2001 and 2015, before it reentered the forties in 2016.

“The inflation rate for food was higher than other categories. Since the economy and consumer confidence aren’t great, South Korean households aren’t opening their wallets for things other than the necessities,” said Kim Cheon-gu, a researcher at Hyundai Research Institute.

The inflation rate for consumption goods last year stood at 1.9 percent, while the figure for food and non-alcohol drinks stood at 3.4 percent, according to data from Korea Statistics.

Experts argue the trend will continue for some time, as income levels show no sign of rising soon.

“Due to the impact of the minimum wage increase, which put a damper on new hiring, household income levels remain stagnant. Though the economy will recover with exports, it will take more time for consumption to catch up,” Kim said.