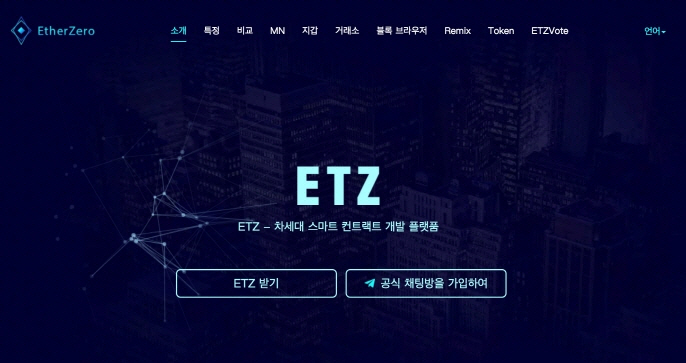 MPOS is short for Masternode + POS. It has a Masternode that can replace the 21 super nodes of EOS.

MPOS can approve or disapprove creating blocks and record additional votes in the block. In the case of transaction validity, it needs to reduce the difficulty in block generation and maintenance costs by downloading and only checking the changes of the number of blocks.

In terms of security, MPOS system has the advantage of increasing security because it cannot set off transactions and the number of users will increase unless 51% of the entire network is controlled.

In addition, the Masternode facilitates the operation of EtherOther, so that the same compensation can be obtained according to the protocol. Etherzero issues 12 million coins a year, accounting for 75% of the total, and about 9 million ETZs are rewarded.

After EtherZero was launched on mainnet on August 3, 2018, as of January 17, 2019, the number of Masternode reached 628, and the smart contract address was deposited into 12.5 million ETZ. In January, the code was optimized and updated. At present, the block output can reach 1-1.5s. The mobile version EASYETZ 2.0 is newly released and embedded in the DAPP application market, and the ecological layout will enter a new step; As the first stop of EtherZero’s global strategic blueprint in 2019, South Korea is about to start a new chapter.