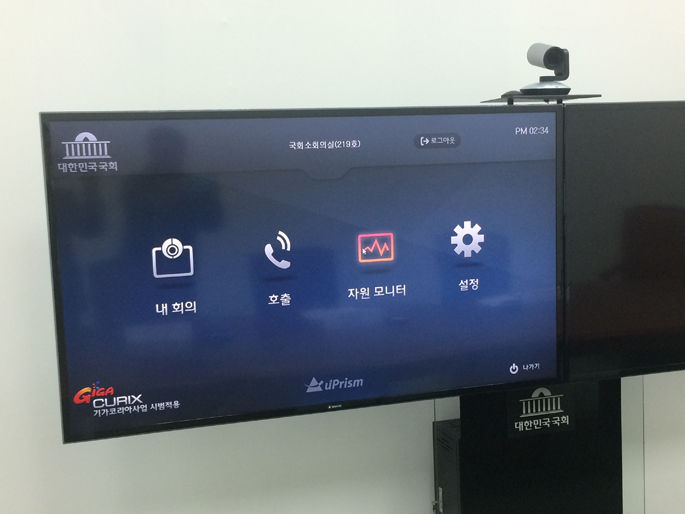 It offers other features such as document sharing, video replay, and note writing in the middle of the conferencing. (image: ETRI)

The Electronics and Telecommunications Research Institute said on November 16 that it has developed a videoconferencing system called “Giga Curix” and successfully completed a seamless pilot run by hosting a virtual meeting held between the National Assembly building in Seoul and the finance ministry building in Sejong City.

The existing solutions mostly consisting of imported hardware were expensive and hard to maintain. The Giga Curix in contrast can support videoconference custom-tailored to the users’ needs at only one third of the cost.

In addition, it allows users to take part in the conference through their smartphone. It offers other features such as document sharing, video replay, and note writing in the middle of the conferencing.

Choi Wan, ETRI’s head of cloud computing division, “After several government agencies moved to Sejong City, videoconferencing system has been in high demand. In a market that has been dominated by foreign brands, we will try to introduce a new wave with our machine that’s more economical and higher quality.”