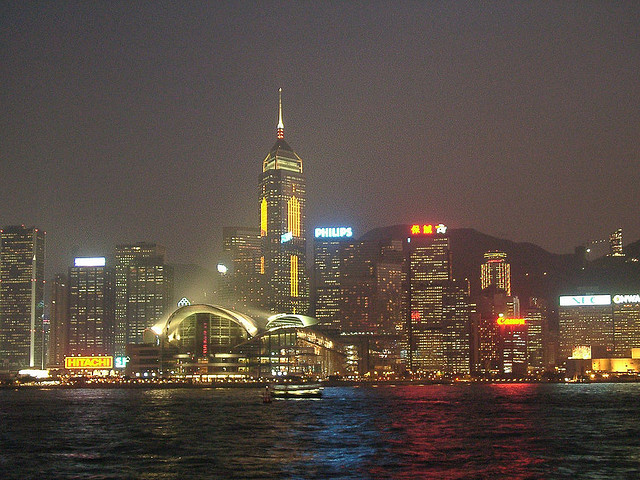 European firms and financial companies are moving to leave the “Pearl of Asia” in droves, raising concerns among Korean companies whether to do the same. (image: skyseeker/flickr)

However, according to Yonhap News Agency, European firms and financial companies are moving to leave the “Pearl of Asia” in droves, raising concerns among Korean companies whether to do the same.

Nevertheless, none of the conglomerates’ offices are in full operation as they are in Korea. Most of the subsidiaries there are carrying out financial transactions, trading, investment, resource development and real estate development.

SK Group, which has the biggest number of subsidiaries in Hong Kong, is engaged in trading and real estate development unlike its reputation as the largest telecommunications service provider in Korea. The subsidiaries of Lotte Group are classified as “non-financial holding companies” in Hong Kong.

Hong Kong has been one of the most well-known tax havens for years. Even the residents are obliged to pay taxes on local earnings only, not on offshore incomes. Because of this rich taxpayer-friendly tax code, businesses and entrepreneurs from all around the world have gathered up in Hong Kong. But like everything else in the world, nothing lasts forever.

These days “For Lease” signs can be easily spotted in Hong Kong’s landmark ICC building. European financial service firms which have been long-term leases in the building have left the fancy offices as part of scaling down the business in the city in consideration of the gloomy outlook on the market in Honk Kong.

The fact that Cheung Kong Group, the business group run by Asia’s richest man Li Ka-shing, sold off the share of Watson to Temasek Holdings at $40 billlion has also added a weight to the already dim prospect. Last month, Li Ka-shing was even suspected of “pulling out of Hong Kong,” following the decision to sell key assets of his flagship companies.

In fact, among international media and investment banks the warnings of Hong Kong to be the next nucleus of global financial crisis are widely in circulation.