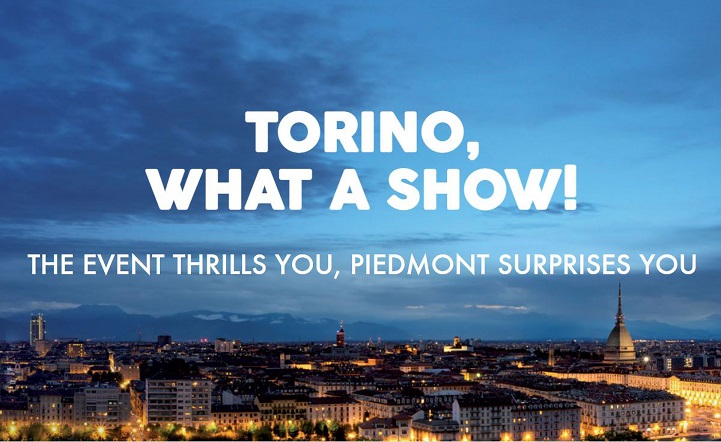 Turin and Piedmont are ready for the Eurovision Song Contest, one of the most important international songwriting one competitions globally, representing countries from all over the Euro-Mediterranean region.

TURIN, Italy, May 5 (Korea Bizwire) — Turin and Piedmont are ready for the Eurovision Song Contest, one of the most important international songwriting competitions globally, representing countries from all over the Euro-Mediterranean region. From May 10 to 14, international artists, journalists, and tourists are expected. An opportunity to turn the spotlight on the touristic, cultural, and food & wine excellence of Turin and the northern-Italian region of Piedmont. The capital Turin is a city of art on the Po River, with a dynamic cultural scene with over 50 museums, including the Egyptian Museum, the MAUTO-National Automobile Museum, and the Royal Museums, the MAO-Museum of Oriental Art and the GAM-Gallery of Modern and Contemporary Art. Turin is home to the Royal Residences of the House of Savoy UNESCO, and also hosts internationally renowned festivals,: Club2Club, an innovative electronic music event, the KappaFuturFestival and the Torino Jazz Festival, along with the Torino Film Festival, in a city that has made the history of cinema: a record celebrated at the Mole Antonelliana, a symbol of the city, today seat of the National Museum of Cinema.

The city of vermouth, homemade ice creams, gianduiotti and breadsticks, Turin’s culinary tradition is for true connoisseurs, with Michelin-starred restaurants and the typical trattorias. The nightlife is just as lively with many wine bars and DJ sets. But the list of the cities of art and culture of Piedmont is long: Alessandria, with its Baroque buildings, scenic squares, streets, and stores; Asti, with the Palio, the famous medieval commemoration held every year in September, the artistic heritage ranging from Romanesque to Baroque, in the heart of the Vineyard Landscape of Langhe Roero and Monferrato UNESCO; Alba, a Creative City for Gastronomy UNESCO and capital of the famous white truffle; Biella, the “Italian Manchester,” among the UNESCO Creative Cities for “Crafts & Folk Art”; Cuneo, known for its seventeenth-century Cathedral of Santa Maria del Bosco, the Church of Santa Chiara, Palazzo Audifreddi, the church of St. Ambrose; Novara, surrounded by plains and rice fields, with a medieval midtown, and the soaring brick dome of the Basilica of San Gaudenzio, the highest in Europe. Verbania, “a garden on the lake”, with the Borromean Islands and the Botanical Gardens of Villa Taranto – 1,000 plants and 20,000 varieties and species of interest; Vercelli, a stop for pilgrims on their way from Canterbury to Rome and an important junction of the Via Francigena, as well as the European capital of rice and an economic-social laboratory.
Discover more at visitpiemonte.com

A photo accompanying this announcement is available at https://www.globenewswire.com/NewsRoom/AttachmentNg/dbe429f0-eb07-4efe-acb6-48802efac3df