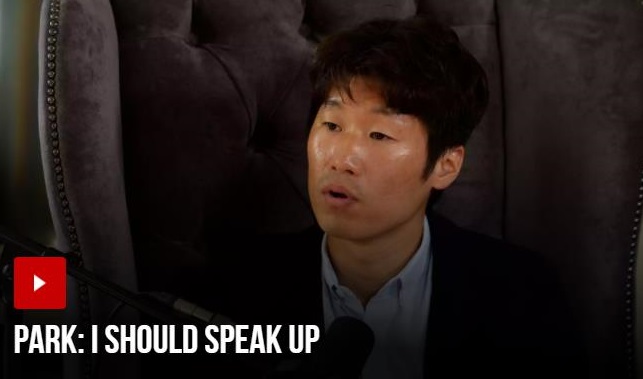 Park, now retired, made his plea on the club’s official podcast, “UTD Podcast,” on Monday.

Supporters at Old Trafford sang the song to cheer on Park, a crowd favorite nicknamed “Three Lungs” for his tireless work ethic and high energy, during his Man United tenure from 2005 to 2012.

The song goes, “Park, Park, wherever you may be, you eat dogs in your own country, But it could be worse. You could be Scouse, eating rats in ya council house!”

Park said he felt compelled to speak out about the song after hearing his ex-club’s away fans sing it when Wolverhampton Wanderers introduced their new Korean player Hwang Hee-chan at Molineux in August.

“I know that United fans don’t mean any offence to him for that song,” said Park. “But still, I have to educate the fans to stop that word (on dog eating), which is usually these days a racial insult to the Korean people.”

Park said he was proud that fans came up with a song in his honor but he also had to reconcile that with a sense of “discomfort” he felt over the words.

“Listening to the chant even 10 years later now, I feel sorry for the younger me who tried to overcome this discomfort that I felt back then,” Park said.

“I really request the fans to stop singing that word. It causes discomfort to Korean people when they hear that song. It’s time to stop.” 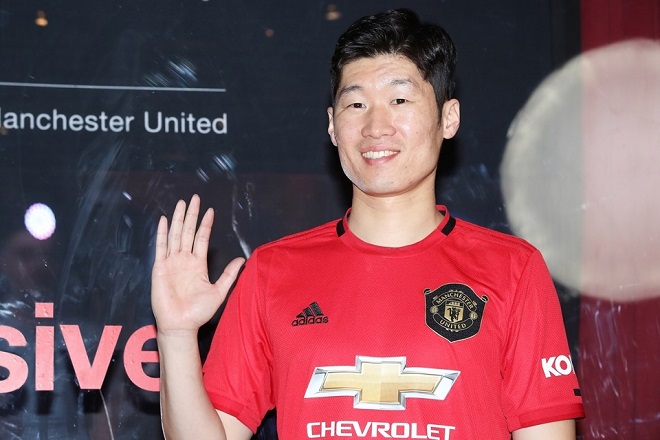 In this file photo from Jan. 17, 2020, ex-Manchester United midfielder Park Ji-sung poses for a photo as the club’s promotional ambassador during a Kohler-Manchester United Global Partnership event at a convention hall in Seoul. (Yonhap)

Park, the first South Korean to play in the Premier League who inspired a slew of up-and-coming footballers in the country, now wants to make sure the younger generation of athletes will be treated right.

“I also feel responsible for the young people who are still discriminated against as Asians or Koreans, and struggling with that kind of discomfort,” Park said.

“In Korea, things have changed a lot. It is true that historically we have eaten dog meat but these days, particularly the younger generation, they really dislike it. The culture has changed.”

Man United said they fully supported Park’s comments and called on fans “to respect his wishes.”

South Korean President Moon Jae-in said in late September that it was time to consider a formal ban on dog meat consumption in the country, reigniting a debate over the divisive issue.

Proponents of animal rights say eating dog meat equates to animal abuse, while others contest that people should be free to choose what they eat.