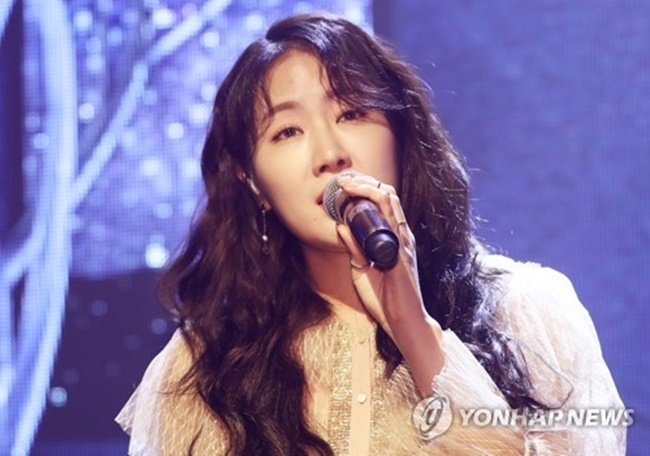 Singer Soyou performs during a media showcase for her debut solo album “Re:Born” in Seoul on Dec. 13, 2017. (Image: Yonhap)

“I want to become a solo artist who can handle all genres of music, a singer who incites curiosity, a singer who is trustworthy in terms of music,” Soyou, whose real name is Kang Ji-hyun, said during a media showcase forher new album at Ilji Art Hall in southern Seoul.

The record is “Part. 1,” or the first installment, of the songstress’ first solo album. It features collaborations with leading K-pop talents, including ballad stars Sung Si-kyung and Yoon Jong-shin, and hip-hop artist Primary. She pre-released “I Still,” a duet number with Sung, last month.

Lead track “The Night” is an up-tempo R&B number written by Primary portraying feelings of excitement and joy one gets while sharing a drink with a crush. Other collaborators include indie artists Gooreum, Kwon Soon-gwan and MoonMoon.

“I have no pressure to do well on the music charts. I rather anticipated working together with indie musicians in producing songs,” the 25-year-old singer told reporters. She added, “I just wish those who listen to my music would feel better.”

In June, the four-member Sistar broke up on mutually good terms, wrapping up a successful seven-year run as a group. Hyolyn and Soyoubegan solo music careers, while Bora and Dasom have turned to acting.

Soyou has already made a name for herself outside of Sistar with her 2014 hit single “Some,” a co-project with singer Junggigo. She also gained popularity with songs for the hit TV dramas “Love in the Moonlight” and “Guardian: The Lonely and Great God.”