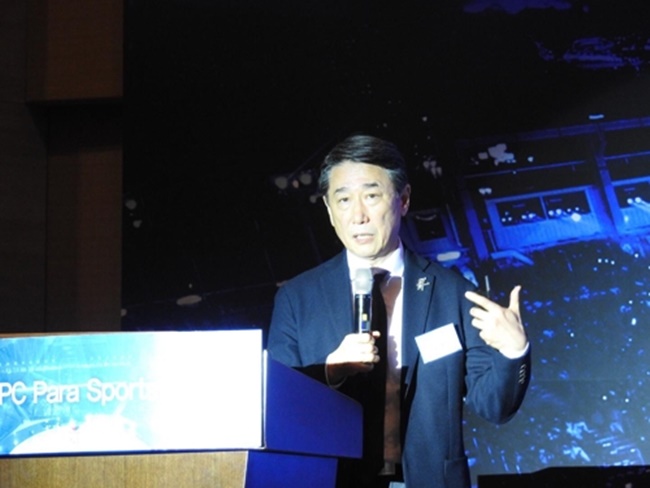 Oh, who served as South Korean representative to the U.N. from 2013 to 2016, made his remarks at the Korea Paralympic Committee International Sports Forum in Gangneung, Gangwon Province before beginning a discussion titled “Can the IPC and UN Dream Together for a Better Future?”

North Korea will make its Winter Paralympics debut in South Korea after sending a 24-member delegation to PyeongChang. The PyeongChang Paralympics will run from Friday to March 18.

“North Korea sending athletes and a delegation for sports events for the disabled is a positive sign in terms of the rights for people with impairments,” Oh said. “North Korea’s participation in both the Olympics and the Paralympics contributed easing tensions and seeking reconciliation (on the Korean Peninsula) through sports.”

While working with the U.N., Oh served as the President of the Conference of States Parties to the Convention on the Rights of Persons with Disabilities (CRPD). Oh said North Korea joined the CRPD in 2016 while he was serving in the job.