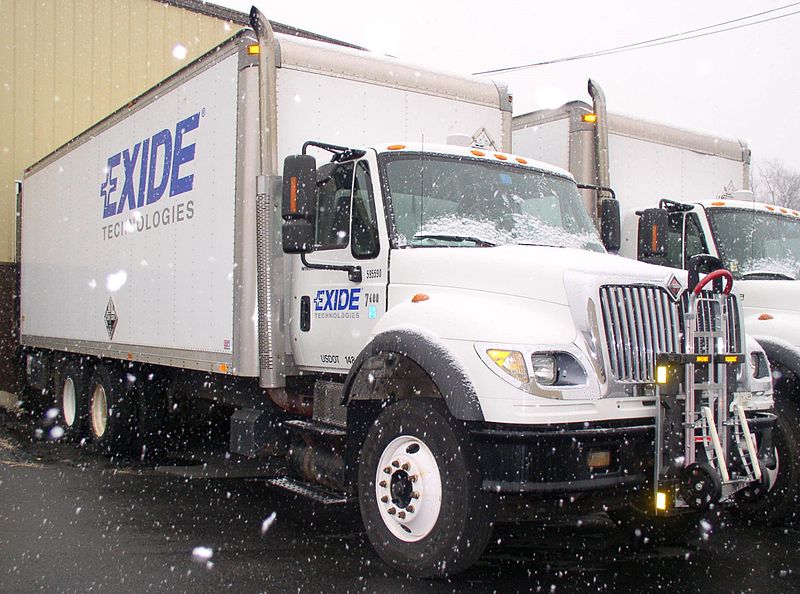 Exide Technologies, with operations in more than 80 countries, is one of the world’s largest producers and recyclers of lead-acid batteries. (image: wikipedia)

MILTON, Ga., May 20 (Korea Bizwire) — The Board of Directors of Exide Technologies, a global leader in stored electrical energy solutions, announced today that Victor (Vic) M. Koelsch has been appointed President and Chief Executive Officer of the Company, effective June 22, 2015. Mr. Koelsch also joins the Company’s Board of Directors at that time. He will succeed Robert M. Caruso, Exide’s current Chief Executive Officer, who served as President and CEO since August 2013 and guided the Company through its recent Chapter 11 restructuring.

Vic Koelsch, 51, is currently employed with the Michelin Groupe, a global leader in the design, manufacture and sales of tires for every type of vehicle, including airplanes, automobiles, bicycles, earthmovers, farm equipment, heavy-duty trucks and motorcycles. Since 2011, Mr. Koelsch has served as Executive Vice President, Michelin North America and Chief Operating Officer for Michelin Americas Commercial Tires. From 2007 to 2011, he was President of Michelin’s Worldwide Original Equipment Business Unit and, prior to this role, served as the Michelin Groupe’s Vice President and Global Chief Information Officer from 2001 to 2007.

Exide’s stakeholders and new Board of Directors participated in a comprehensive search for a CEO to lead the Company following its recent restructuring. “The Company’s selection of Vic Koelsch as Exide’s next President and Chief Executive Officer is yet another sign that the Company is well-positioned for growth as it continues restructuring efforts that began two years ago,” said Keith E. Wandell, Chairman of the Board of Directors of Exide Technologies. “Vic is an experienced senior executive with a proven track record for profitably managing and growing sophisticated businesses. He possesses extensive experience in both the Original Equipment and aftermarket/retail channels in automotive as well as having years of experience developing services and solutions for a broad array of industrial customers during his time in the IT industry,” added Wandell.

Mr. Koelsch has more than 29 years of experience in a variety of leading global industrial and technology businesses. Vic joined Michelin in 2001 following various managerial positions with Boston Scientific (formerly SulzerMedica/Intermedics), Compaq Computer Corporation and IBM. He earned his Bachelor of Science in Computer Science from the University of Oklahoma and a Masters of Business Administration in Finance from the University of Houston.

Vic and his family currently reside in South Carolina and will be relocating to the Company’s global headquarters in Milton, Georgia.

“I am honored and proud to serve as Exide’s new President and Chief Executive Officer, a Company that has a proud 127-year history. I am grateful for Bob Caruso’s leadership during Exide’s  recent restructuring, which has resulted in a better capitalized company positioned for growth,” said Koelsch. “I look forward to working with Exide’s new Board and leading the Company and its almost 10,000 employees worldwide in building an exciting new future for Exide Technologies.”

Exide Technologies, with operations in more than 80 countries, is one of the world’s largest producers and recyclers of lead-acid batteries. The Company’s global business groups provide a comprehensive range of stored electrical energy products and services for industrial and transportation applications. Transportation markets include original-equipment and aftermarket automotive, heavy-duty truck, agricultural and marine applications, and new technologies for hybrid vehicles and automotive applications. Industrial markets include network power applications such as telecommunications, electric utilities, railroads, photovoltaic (solar-power related) and uninterruptible power supply (UPS), and motive-power applications including lift trucks, mining and other commercial vehicles.