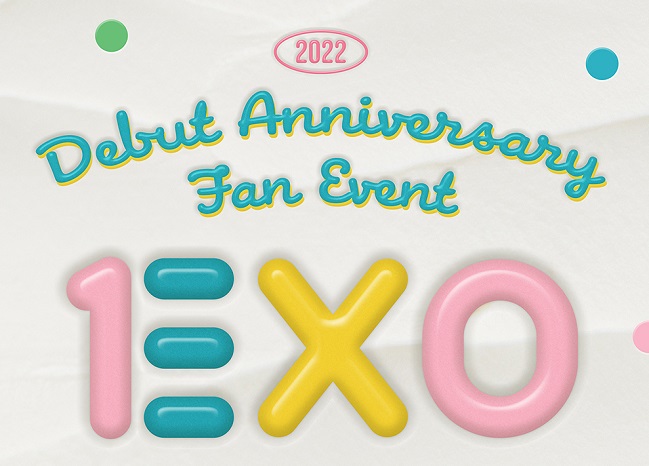 This photo provided by SM Entertainment on March 17, 2022, shows a promotional poster for the “2022 Debut Anniversary Fan Event: EXO,” the K-pop group’s fan meet set to be held on April 9 to mark the 10th anniversary of its debut.

SEOUL, March 17 (Korea Bizwire) — K-pop boy group EXO will celebrate the 10th anniversary since its debut with an in-person fan meet in Seoul next month, the group’s agency said Thursday.

The “2022 Debut Anniversary Fan Event: EXO” will take place at Jamsil Gymnasium in southern Seoul at 7 p.m. on April 9, SM Entertainment said in a release.

The event will also be streamed live on Beyond Live for the group’s fans outside the country.

Members Suho, Xiumin, D.O, Kai and Sehun will take part in the fan event, performing the group’s hit songs, playing games and having a talk session with fans, according to the agency.

The nine-piece group debuted on April 8, 2012, and has been standing on the forefront of the global K-pop boom with hit singles, such as “Growl” and “Call Me Baby.”

Its special album “Don’t Fight the Feeling,” which was released last June, has sold more than 1 million copies, becoming the sixth million-selling album from the group.