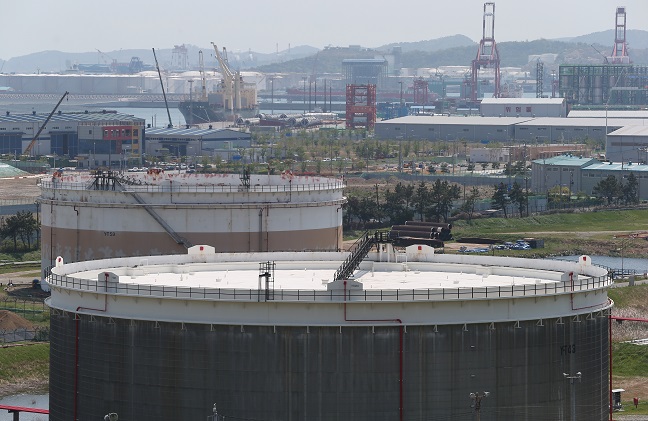 The combined outbound shipments of petroleum products by SK Energy Co., GS Caltex Corp., S-Oil Co. and Hyundai Oilbank Co. reached 108.9 million barrels in the January-March period, up 20 percent from 90.7 million barrels a year ago, according to the latest report by the Korea Petroleum Association.

The on-year increase marks the biggest growth since the 25.6 percent on-year expansion in the first quarter of 2011, the report said.

The value of the exports came to US$12 billion, up 95.3 percent in the same period.

The export growth is attributable to rising demand for fuel and a hike in global crude oil prices, the report noted. During the cited period, the Dubai crude, the benchmark for Seoul, surged 59 percent to $95.6 per barrel.

The recovery in petroleum demand is in line with the forecasts from key international energy agencies that daily fuel demand will rise by 3 million barrels globally through this year as countries are easing or lifting COVID-19 border restrictions and ramping up industrial production, the report said.

Australia accounted for 13.2 percent, followed by China with 12.7 percent, Singapore at 12.6 percent, Japan at 9.8 percent and Vietnam at 9.1 percent.

By product, diesel took up the largest portion of 42 percent, gasoline with 25 percent, jet fuel at 13 percent and naphtha at 6 percent.