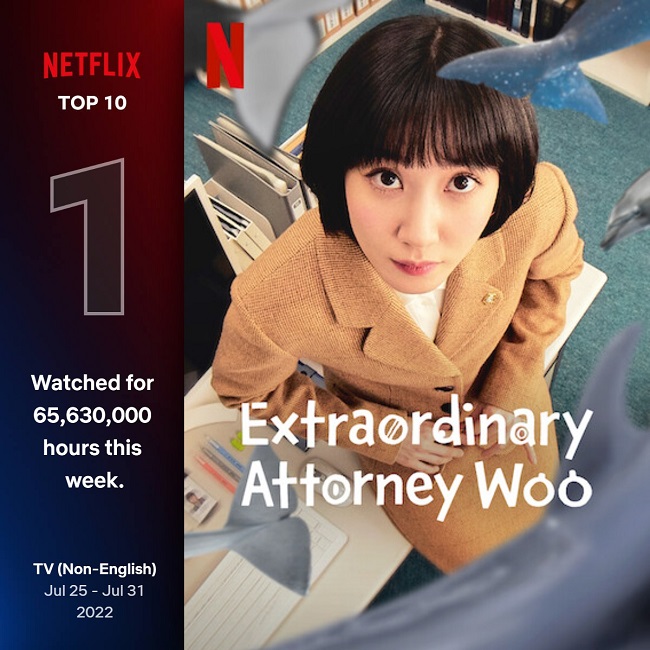 This image provided by Netflix highlights that “Extraordinary Attorney Woo” placed No. 1 on Netflix’s weekly top 10 chart for non-English TV shows for the week of July 25-31, 2022.

The TV series, which has aired every Wednesday and Thursday on the cable channel ENA since June 29, marked 65.6 million hours of viewing for the week of July 25-31 to lead Netflix’s official top 10 list for non-English TV programs available on the service, according to the company.

It rose one notch from second place a week earlier, while last week’s No. 1, “Alba,” dropped to second with 33.5 million hours. The 16-part Korean-language show has stayed in the top 10 for a total of four weeks, including three No. 1 finishes.