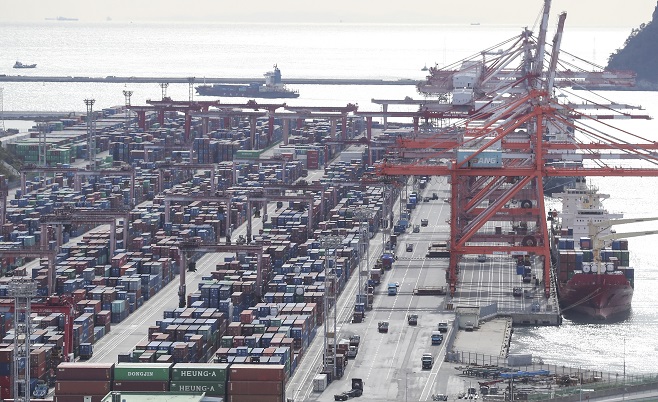 The country’s exports fell 14 percent on-year to come to US$51.91 billion in November, the first double-digit drop since mid-2020 when South Korea was reeling from the COVID-19 pandemic.

It followed a 5.7 percent fall the previous month when exports logged an on-year decline for the first time in two years.

The poor performance was primarily blamed on dwindling demand for chips.

Outbound shipments of semiconductors sank 29.8 percent on-year to $8.45 billion in November. In particular, sales of memory chips, a key export item of South Korea, dived a whopping 49.7 percent to $3.84 billion.

Chips accounted for 20 percent of the country’s total exports last year, but the proportion shrank to 16.3 percent last month.

“There seem to be multiple factors, including sagging demand for electronics amid an economic downturn and excess inventory. The situation is expected to improve gradually after the second half of next year, as chipmakers plan to reduce facility investment and adjust supply,” a trade ministry official said.

Exports to China declined 25.5 percent last month to $11.38 billion, extending the on-year fall for the sixth consecutive month. China has put in place strict zero-COVID-19 restrictions and its economy has lost steam. 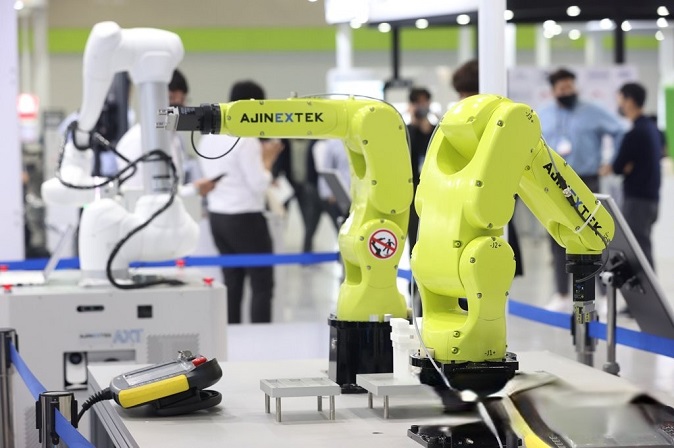 This file photo shows the international semiconductor exhibition of SEDEX 2022 held in Seoul on Oct. 5, 2022. (Yonhap)

Waning exports and surging imports due to high global energy prices put South Korea on track to record the first annual trade deficit since the global financial crisis in 2008.

A $42.6 billion shortfall from January through November already surpassed the yearly record of $20.62 billion set in 1996.

“We had seen a growth in exports earlier this year, which was mainly driven by rising prices amid high inflation, rather than solid growth in demand,” Hong Sung-wook, an expert of The Korea Institute for Industrial Economics & Trade (KIET), said.

“The situation is feared to worsen next year on deteriorating external conditions, including the prolonged Russia-Ukraine crisis, monetary tightening by major economies and a slowdown in China and elsewhere,” he added.

But the Korea International Trade Organization (KITA) said in its recent report that exports will fall 4 percent next year. The country’s yearly exports last fell in 2020 amid the pandemic.

“Exports will remain in the doldrums for some time being. Chip sales are expected to sink 15 percent, which would not be offset by expected growth in sales of ships, display and several other items,” KITA official Cho Sang-hyun said.

The trade ministry said it is also closely monitoring the ongoing nationwide strike by truckers as it has disrupted production and logistics and weighed down exports and the broader economy. 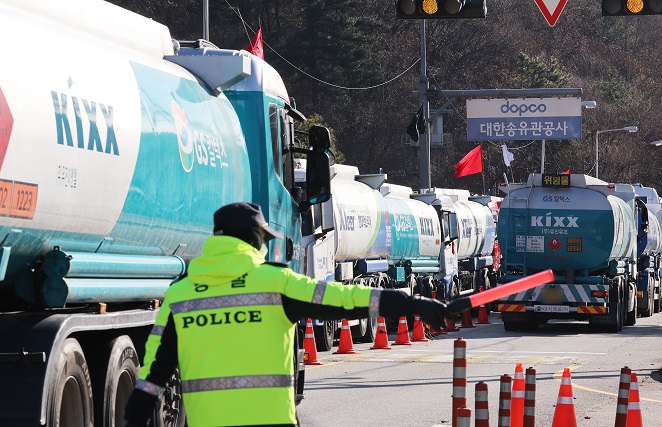 Experts pointed to the country’s heavy dependence on China and a growing Sino-U.S. rivalry as longer-term risk factors.

According to KITA data, the proportion of South Korea’s chip sales in China accounted for 41 percent of its total semiconductor exports from January through September, up from 39.3 percent a year earlier.

The comparable figure for the U.S. market came to 6.5 percent during the cited period, down 0.6 percentage point from the previous year.

Beijing is also making a strong push to reduce its dependence on global chips, and the move would further slash demand for South Korean products there, according to market watchers.

“It is necessary to diversify export items by nurturing the system semiconductor sector as its demand has been on the rise in the U.S. and the European nations,” KITA official Jang Sang-sik said.

Last week, the Bank of Korea lowered its growth outlook for next year to 1.7 percent from 2.1 percent predicted three months earlier.