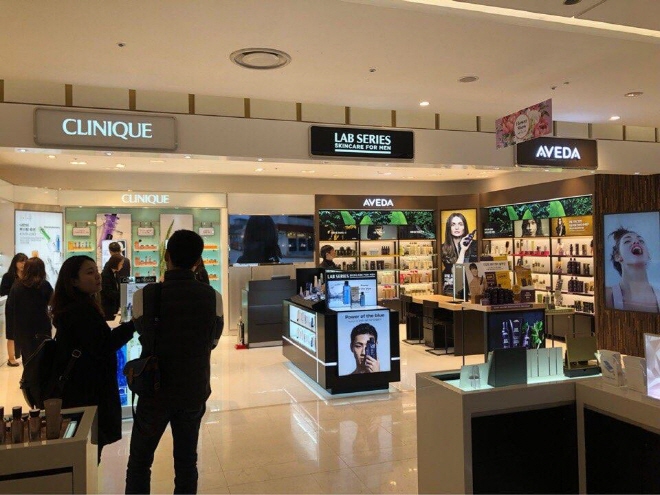 The move is apparently aimed at putting various brands in the same store to lure more customers in a highly competitive environment driven by increasingly price-conscious consumers who prefer shopping online.

The store, dubbed a “beauty hub,” opened at an Ansan branch, south of Seoul, and houses Estee Lauder, Aveda, Clinique and Lab Series on the same floor.

ELCA Korea said it plans to open further stores at the Daejeon and Daegu branches of Lotte Department Store this year.

Handsome Corp., a fashion affiliate of Hyundai Department Store Co., is poised to open its new concept store in May.

The store will house the company’s high-end women’s brands such as Time, Mine and Obzee, which are known to have high brand loyalty.

The company said it plans to increase the number of such hybrid brand outlets without disclosing further details.