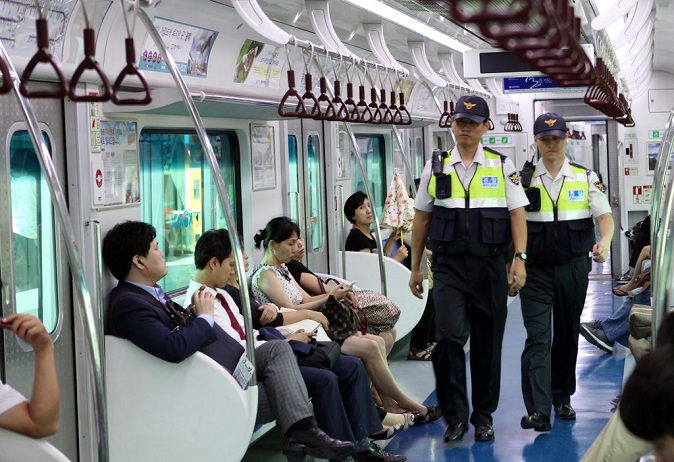 SEOUL, Sept. 28 (Korea Bizwire) — The number of subway police officers is on a declining trend despite a steady increase in subway crimes, data showed Tuesday.

There were 2,946 crimes that occurred at subway stations across the country in 2021, up 3.8 percent from the figure recorded in 2016, according to the National Police Agency.

Given that the number of subway passengers halved to around 1.1 billion last year compared to the 2016 figure, it’s fair to say that the rate of subway crimes has climbed sharply.

Nonetheless, the number of subway police officers declined to 229 this year from 235 in 2016.

In Seoul, there are currently 72 subway police officers, all of whom are men. In other words, it’s difficult to patrol subway restrooms for women.

The police explained that the decline in the number of subway police officers was within a reasonable range, adding that it is difficult in reality to increase the number of such personnel.