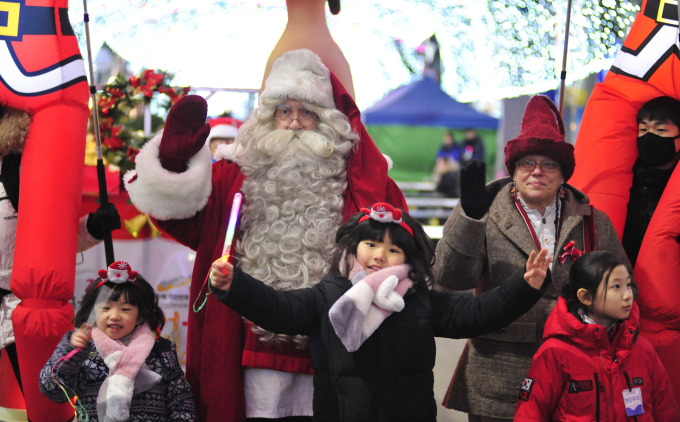 HWACHEON, Jan. 14 (Korea Bizwire) — Hwacheon County in Gangwon Province invited Santa Claus and elves from the original Santa Village in the Finnish city of Rovaniemi for a three-day visit from last Friday to Sunday.

The county decided to hold such event as it is home to the one and only Santa Claus Post Office in the country.

Santa and the elves were scheduled to visit and celebrate the Hwacheon Sancheoneo Ice Festival early this month.

However, when the opening ceremony was postponed due to abnormal weather conditions, the schedule had to be changed.

During the visit, Santa and his elves were touched by special gifts while touring the Santa Claus Post Office and the Children’s Library. 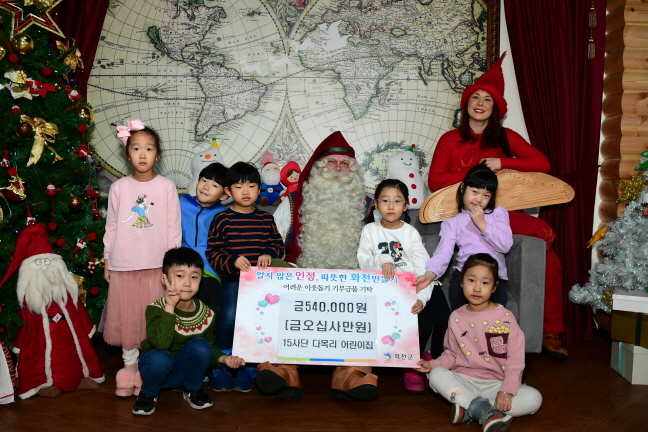 Last Friday, the Finnish Santa received some 540,000 won (US$468) in donations to help underprivileged people raised by children at a daycare center in the county.

Santa passed the donation on to the Community Chest of Korea for good use.

“I have traveled around the world to deliver gifts and letters to children, but I have never received donations from children,” the Santa said. “It was a very surprising, touching and beautiful experience.”