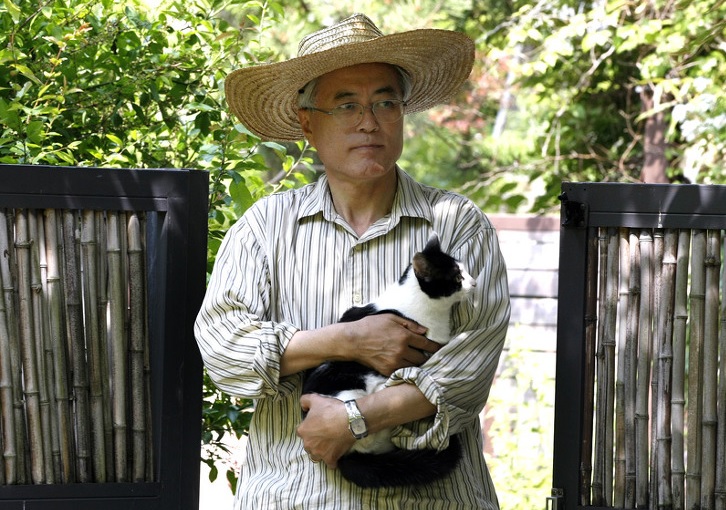 In a tweet yesterday, Moon expressed concerns over the protection of flycatchers that live near the presidential residence, as his cat Jjingjjingi has caught and brought birds to him before.

Moon’s cat first enjoyed public attention after being mentioned by former head of the Cultural Heritage Administration Yu Hong-joon during the last presidential election campaign back in 2012.

In an endorsement speech, Yu said, “(Jjingjjingi) is a rescue cat. You could tell how much Jjing-jjingi was beloved, always trying to bring a mouse to get praise from Moon.”

Moon is currently going through the adoption process to bring another rescued dog named Tori to the Blue House, along with Jjingjjingi and his dog Maru.

Earlier this month, Moon’s campaign team announced a plan to adopt a rescued dog named Tori, saying that the adoption would send a message that both humans and animals have “a right to be free from prejudice and discrimination.”

One thought on “First Cat Jjingjjingi Enters the Blue House”