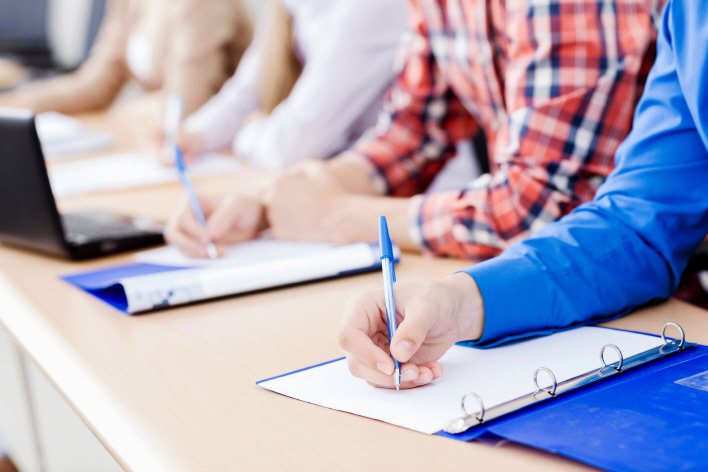 RESTON, Va., Oct. 26 (Korea Bizwire) — The Graduate Management Admission Council™ (GMAC™), a global association of leading graduate business schools, today released a special report, “The Global Diversity of Talent – Attainment and Representation,” a first reference guide of its kind to better understand representation for graduate management education (GME) degree attainment worldwide. Understanding that education systems across the globe experienced disruption due to the pandemic, GMAC turned to its leading research capability as universities sought to adapt with a renewed attention to issues of student access and equity, as well as diversity and representation in tertiary educational attainment. The report provides a global overview, seven regional outlooks, and separate reports for 69 locations or countries with an estimated 25,000 or more people in the student-aged population of 20 to 34 who have attained a master’s degree in the subject of business, administration, or law. In addition to a separate appendix that reviews data on 111 other countries, it also examines the representation of women globally and underrepresented groups in the United States.

“At GMAC, we recognize that a diverse student body in gender, race and background lifts us all as it creates a richer student experience and increases sensitivity to the issues that affect others,” said Sangeet Chowfla, president and CEO of GMAC. “This report – the first global state of the industry view about diversity in graduate management education – is intended not only to serve as an informative guide, but also as a base to target outreach and advocate for the value of graduate business degrees to underrepresented populations around the globe.”

Women struggle to be represented at the graduate business level, falling behind the most in Europe

Globally, more women than men choose their undergraduate study in the fields of business, administration, and law. 26.4 percent of bachelor’s degrees earned by females are in these fields, slightly higher than for men (24.6%). At the master’s level, however, men (33.7%) are more likely to study in business, administration, and law than women (29.4%). Data suggests that women have shown broader interest when pursuing a master’s degree, with education and health and welfare two other popular disciplines besides business or law schools.

Furthermore, women in Europe are estimated to hold only 38.4 percent of graduate business degrees in the region, notably lower than the global average (44.8%) and behind East Asia and the Pacific where women are a majority (51.7%) of the region’s graduate business degree-holders. When compared across all regions, Europe has the largest share of those aged 30-34 in the GME pipeline at 41.8% but the smallest share of the GME pipeline aged 20-24 at only 19.8 %, suggesting that many women in Europe choose to return to business school later in life.

The proportions of graduate management degree-holders relative to the student-aged population, or the GME participation rate, differs among the seven U.S. race/ethnicity groups studied in the report: American Indian or Alaska Native, Asian American, Black or African American, Hispanic American, Native Hawaiian or Other Pacific Islander, Other/Two or more races, and Whites. Although a common perception is that African Americans are underrepresented in GME programs, they demonstrate a 3.0% GME participation rate, outranking their white counterparts at 2.5%.

“African Americans are interestingly overrepresented in graduate management education relative to their population size when compared with other groups, albeit slightly,” said Sabrina White, vice president of school and industry engagement at GMAC. “According to a previous GMAC study, African Americans accounted for 37 percent of for-profit GME degrees conferred in 2015-2016. Their enrollment in for-profit institutions outpacing that in traditional universities may have contributed to their overrepresentation in GME.”

Among the seven regions studied, the largest pool of student aged graduate business talent falls in East Asia and the Pacific, which is also the largest source of bachelor’s degree-holders in the fields of business, administration, and law. While China and India, the two “Asian giants,” contribute the most to both the graduate and undergraduate levels of business school students, the U.S. impresses with its substantial share at third in both categories. Pakistan and Turkey are two other notable inclusions in the top 10 sources, with business graduates accounting for 28 percent and 40 percent respectively of the country’s total bachelor’s degree-holders.

Globally, of the more than 61 million people understood to have attained a master’s degree, approximately 24 percent have earned GME degrees. By region, the highest business concentration among all master’s degree-holders is seen in Latin America (33.1%), the Middle East (27.6%), and East Asia and the Pacific (26.6%). In addition, two countries in the Latin America region have greater than 60 percent females within the student-age population of 20 to 34 who are assumed to have attained a master’s degree in the subject of business, administration, or law: Colombia (65.6%) and Dominican Republic (64.5%).

To establish the foundation of this groundbreaking effort, GMAC leveraged the latest global data resources from the 2018 dataset of U.S. Census Bureau International Database, The World Bank, UNESCO, UNECE, and OECD, to provide baseline for studying the state of diversity within graduate management education today. Supplemental material of country and regional descriptions as well as available 2020/2021 international rankings indices were included for present context. More details of the full report, and other research series produced by GMAC, are available on gmac.com.

The Graduate Management Admission Council™ (GMAC™) is a mission-driven association of leading graduate business schools worldwide. Founded in 1953, GMAC creates solutions and experiences that enable business schools and candidates to better discover, evaluate, and connect with each other.

More than 12 million prospective students a year trust GMAC’s websites, including mba.com, to learn about MBA and business master’s programs, connect with schools around the world, prepare and register for exams and get advice on successfully applying to MBA and business master’s programs. BusinessBecause and The MBA Tour are subsidiaries of GMAC, a global organization with offices in China, India, the United Kingdom, and the United States.

To learn more about our work, please visit www.gmac.com