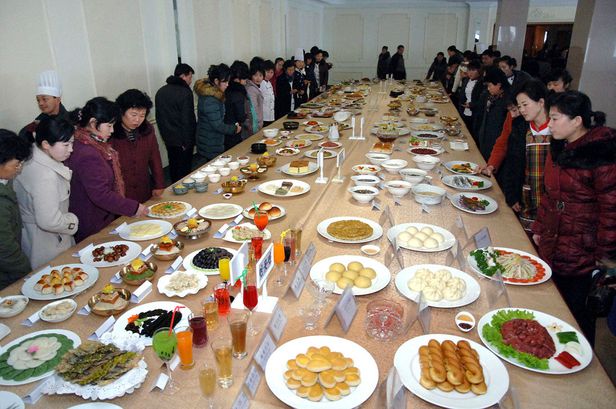 SEOUL, Dec. 14 (Korea Bizwire) — Volunteer programs where merchants come to residential areas early in the morning to sell soup and side dishes to busy, dual-income households are spreading across North Korea.

Uriminzokkiri, one of the North’s propaganda websites, reported Sunday on the lives of joint breadwinners taking care of breakfast using the volunteer program.

North Korea’s food volunteer program refers to a service where volunteers bring side dishes to sell them directly to consumers.

Similar to South Korea’s early morning delivery, the food volunteer program involves merchants carrying around side dishes in vehicles or carts early in the morning to sell them in residential areas.

The volunteers ring bells to tell households of their coming.

The food volunteer program was established long ago to assist with North Korean women’s housekeeping duties as North Korean society has had high participation of women in the labor force.

Now, however, the program is increasingly leaning towards profit-making purposes.

“A majority of North Koreans depend on preparing lunchboxes on their own, so these food volunteer programs are essential for women having to prepare both breakfast and lunchboxes,” said a North Korean defector.