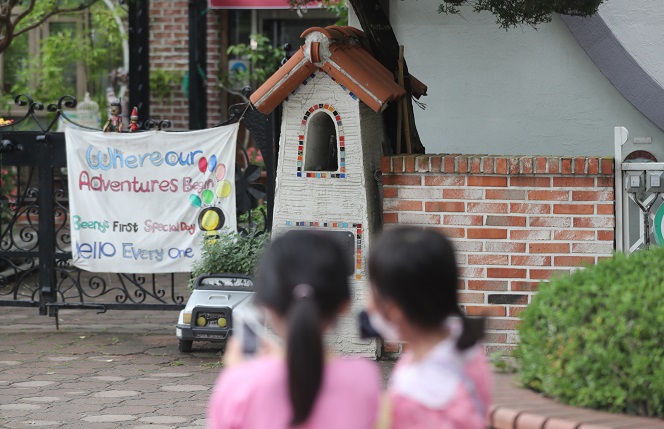 The Seoul Metropolitan Office of Education will provide up to 150,000 won (US$126) — 100,000 won for daytime programs and 50,000 won for after-school programs — per month to foreign children enrolled in public kindergartens.

Only those aged between 3 and 5 with foreigner registration will be eligible for the aid.

The education office has earmarked 1.87 billion won for the handouts.

Parents can apply for their children’s education fee support at kindergartens with required documents, including the alien registration card.