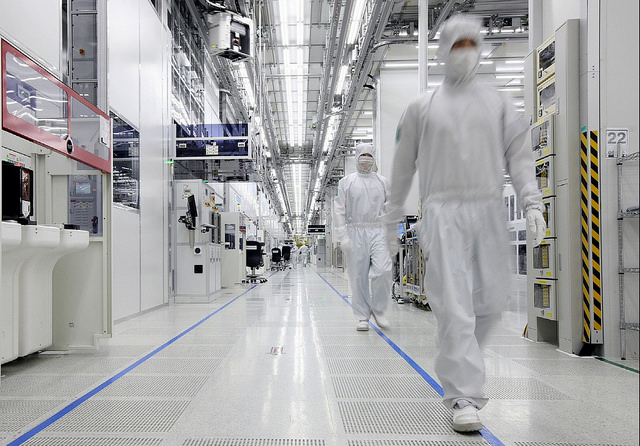 Analysts said investors sold the stocks as they were concerned about the Chinese market, the top trading partner of South Korea. (image: Samsung Electronics)

Offshore investors unloaded 751.3 billion won (US$635.4 million) worth of Samsung Electronics shares between Aug. 5 and Friday, lowering their ownership of South Korea’s top-cap company to 51.10 percent from 51.59 percent, according to the data by the Korea Exchange (KRX).

Samsung, the world’s largest maker of smartphones and memory chips, was the most sold stock by foreign investors during the 17-session period.

SK hynix, the No. 2 memory chipmaker in the world, came next with foreign net selling of its shares reaching 549.8 billion won over the cited period and foreign ownership dropping to 48.79 percent from 51.21 percent.

Analysts said investors sold the stocks as they were concerned about the Chinese market, the top trading partner of South Korea. Uncertainties over the U.S. key interest rate also made investors lose their appetite for Seoul shares, they added.