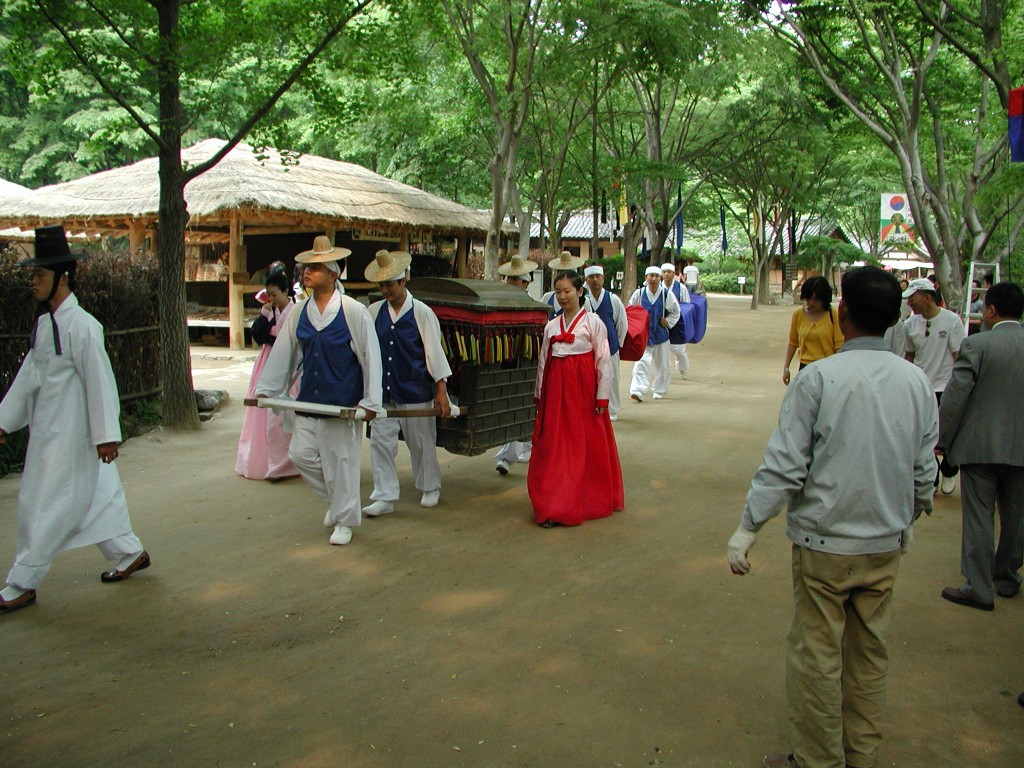 The destinations of the tour programs include “Minsokchon,” a traditional village from the Joseon era (1392-1910) in Yongin, Gyeonggi Province. (image: Wikimedia)

On Saturday and Sunday the Korean Culture and Information Service (KOCIS) will take U.S. military officials in Korea and their families to the east coast city of Gangneung for the “Gangneung Dano Festival.”

The festival is one of the biggest surviving cultural feasts to celebrate the day of Dano, May 5th in the Korean lunar calendar. The Dano tour includes watching local traditional shamanic rituals and ceremonies for a rich harvest and the harmony of the community.

The annual festival was registered a UNESCO-designated intangible world heritage in November 2005.

The origin of the festival traces back to around the first century B.C., when the people of the Mahan Confederacy celebrated the ending of sowing season and wished for a rich harvest.

In addition, the crew will visit the national sports stadium in Pyeongchang, where the 2018 Winter Olympics will be held.

International students and scholars as well as diplomatic personnel will be invited to similar cultural tours till October, according to the agency.

The destinations of the tour programs include “Minsokchon,” a traditional village from the Joseon era (1392-1910) in Yongin, Gyeonggi Province, and “Hanok Village,” a village of Joseon-style architecture in Jeonju, North Jeolla Province.